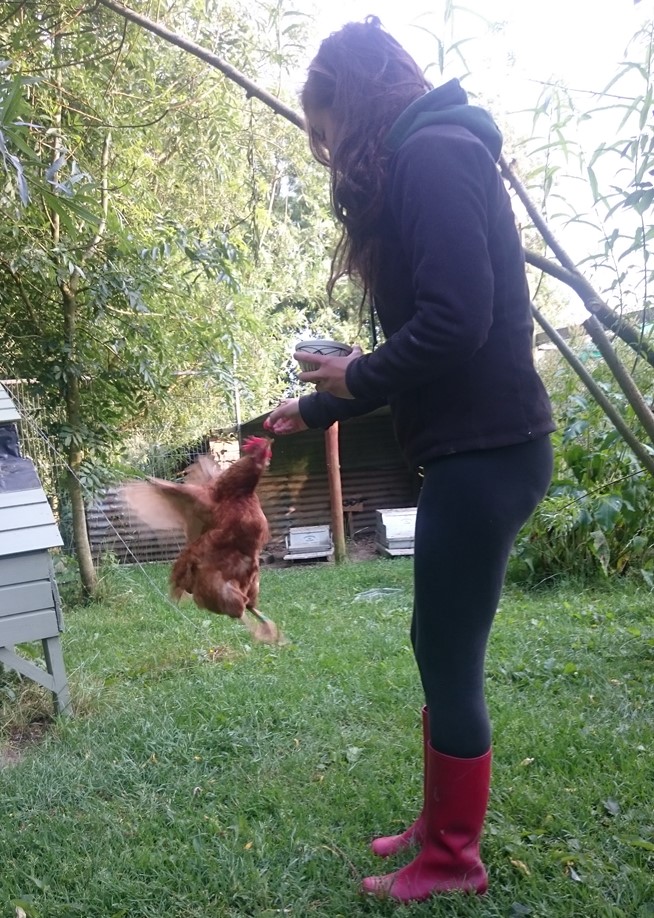 The EU banned the use of barren battery cages in the egg industry and replaced them with equally atrocious ‘enriched’ battery cages on 1st January 2012. Some Irish farmers did not comply with the regulations and were directed by the Department of Agriculture to kill more than 80,000 hens still confined in battery cages. A few were rescued and some came to Eden. Alice was one of them. 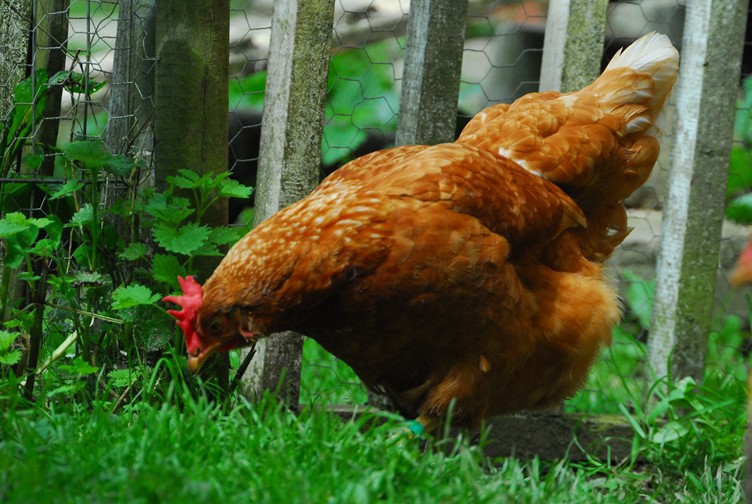 The day of their rescue was cold, but bright, and beautiful. I can still recall the blue sky and the heat in our car as the (rare) winter sunshine warmed us on our journey. This was their first experience of daylight. Yet, Alice and her friends tucked their pale heads under their wings and slept on our journey to Eden. They had the same demeanour as any depressed, defeated being whose spirit and will has been broken. 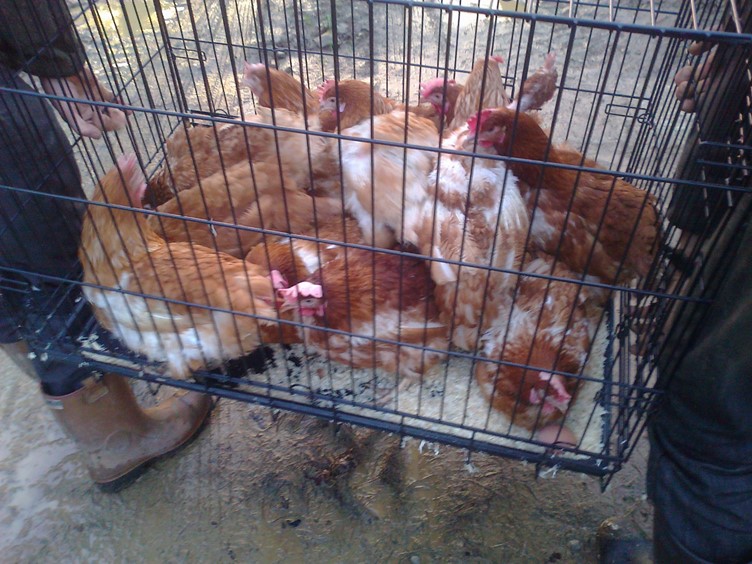 Figure 3 On their way to Sanctuary

It is a privilege to be party to the liberation of another. I will always treasure the memories of Alice and her friends as they stepped tentatively across grass for the first time in their lives, some of them very ill, some nursing broken bones.

Few things in life can compare with the vicarious joy of bearing witness as someone adjusts to the daylight she has never previously seen, or the intensity of her rapture as she lies with one wing raised to soak up the sun for the first time in her life.

Few things in life are more humbling than to watch an innocent prisoner taste liberty.

Few things are more rewarding than to be a part of the process that restores to them what was so treacherously stolen from them by human hands. 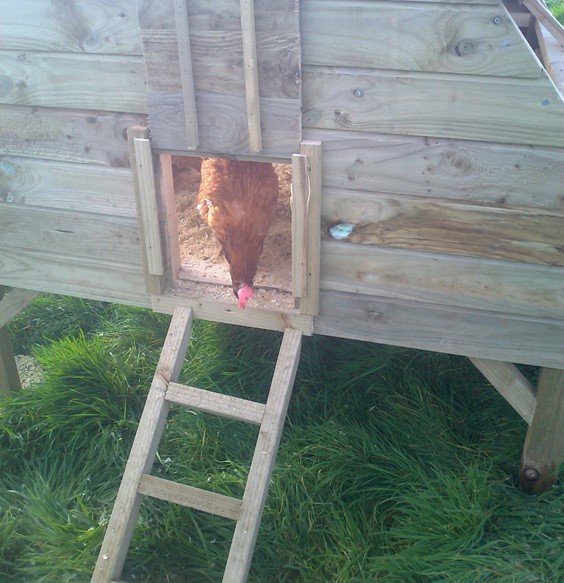 Figure 4 Her first day of freedom 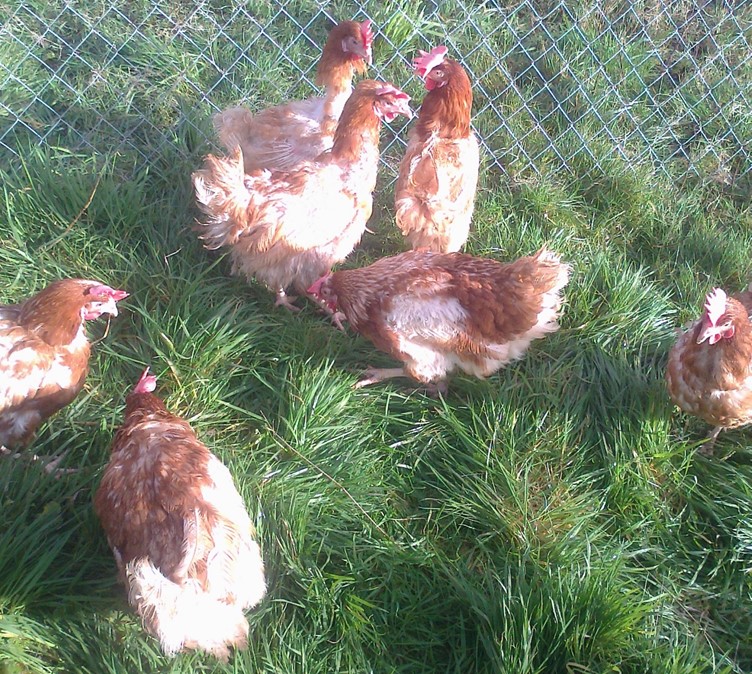 Figure 5 Their first experience of grass 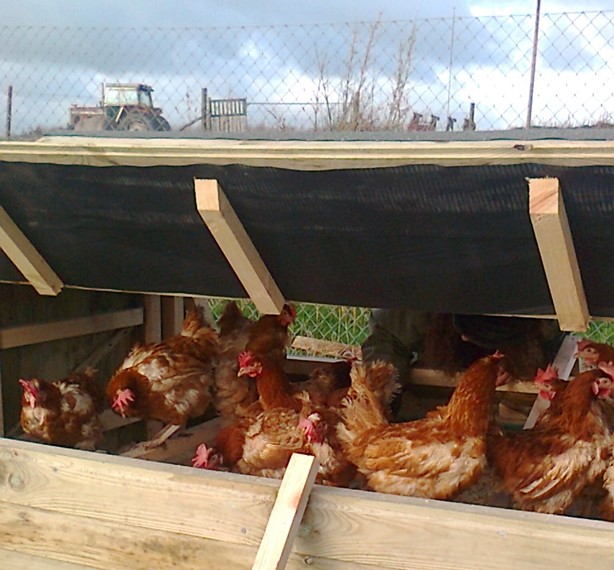 We quickly observed Alice’s individuality and personality emerge, facilitated by her sanctuary home. She was a great comrade to other hens and her adaptability meant that she lived equally happily in a large group and with an individual companion. The first time we saw this facet of her personality emerge was when she choose to stay with her best friend, Bernie, on the many occasions when we separated them from the main group to give Bernie a chance to recover from the illnesses that plagued her post-rescue. 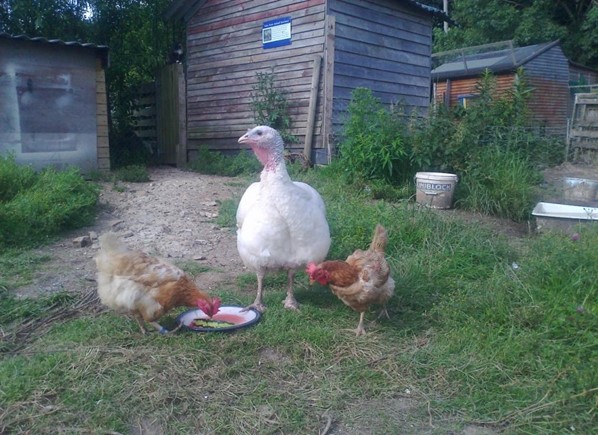 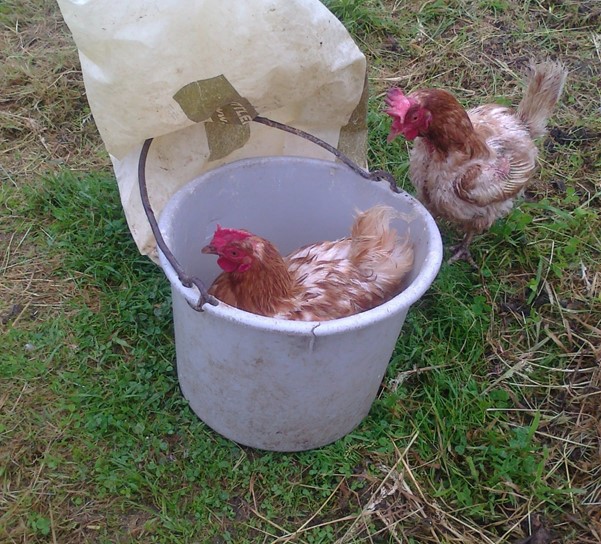 Figure 8 Alice (in the bucket) and Bernie

Alice lived alone with Fitz for over a year, long after all the companions she had been rescued with had passed away. Once her large groups of friends passed away she preferred to interact with small numbers of hens. She was confident in these small groups but became very frightened in a large group of new hens. She lived very happily with other hens indoors before settling into her new home outdoors with Helga early this summer. When Helga passed away she happily moved in with Alex. 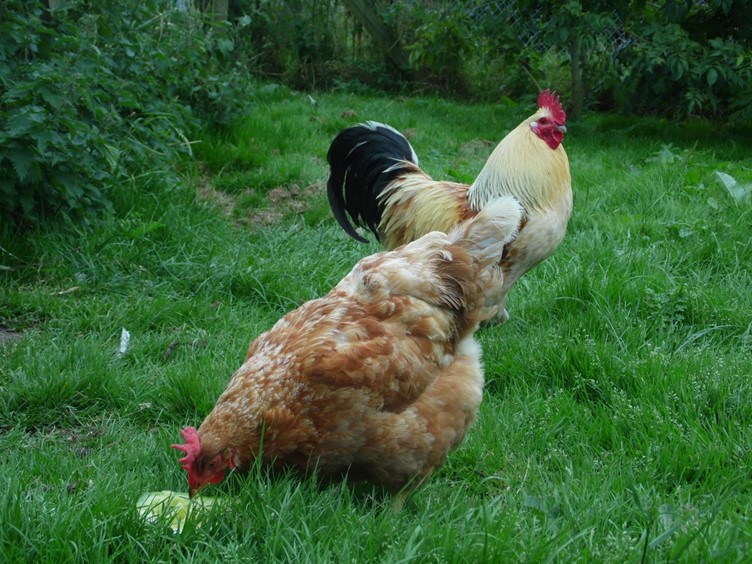 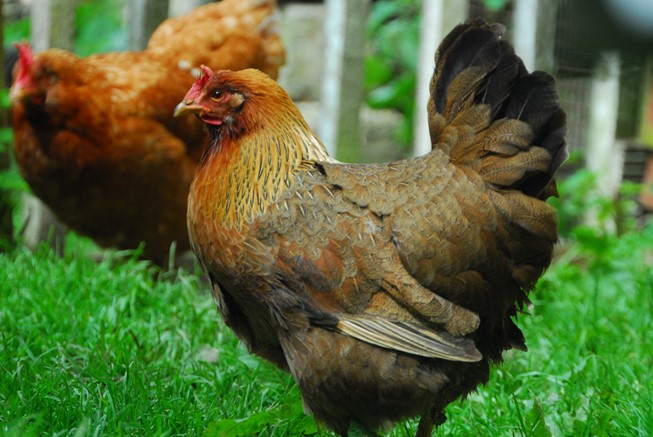 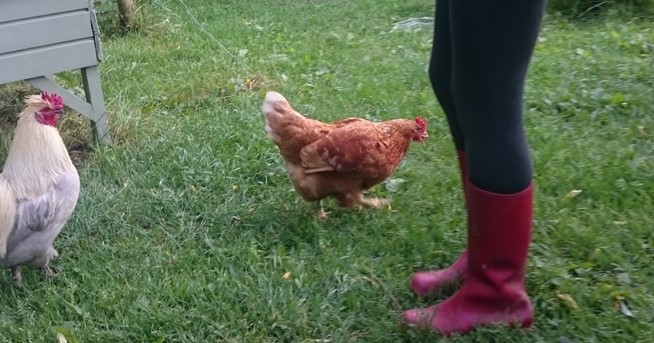 She was equally gregarious with humans. She had such a curious and friendly personality that volunteers and interns at Eden were able to interact with her, forming an emotional attachment with her as well as being facilitated by her to learn something about the cognitive capacities and social and behavioural lives of chickens. 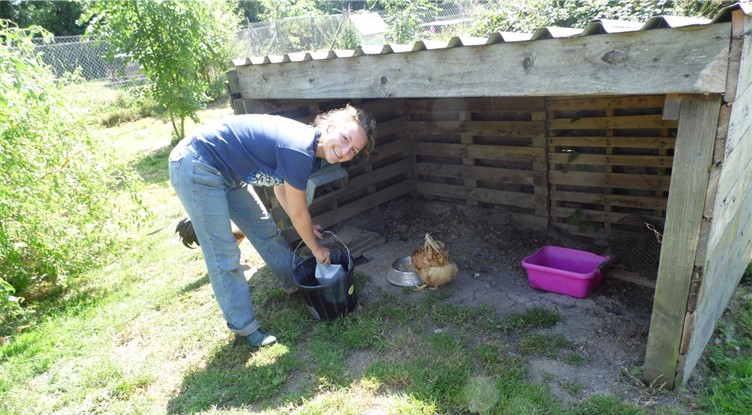 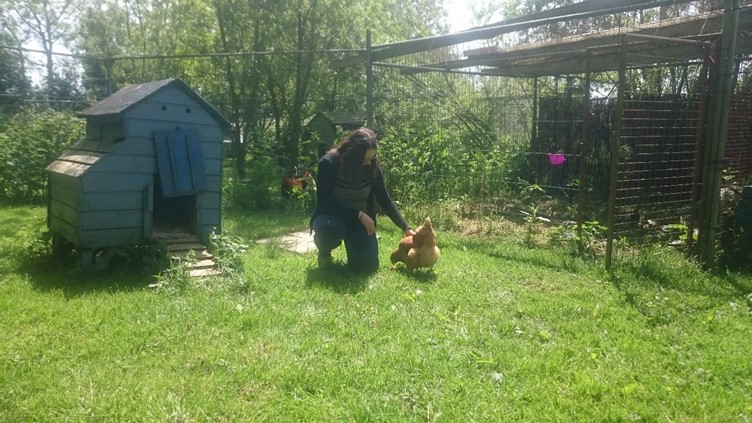 Figure 13 Alice with Clara early in the Summer of 2015 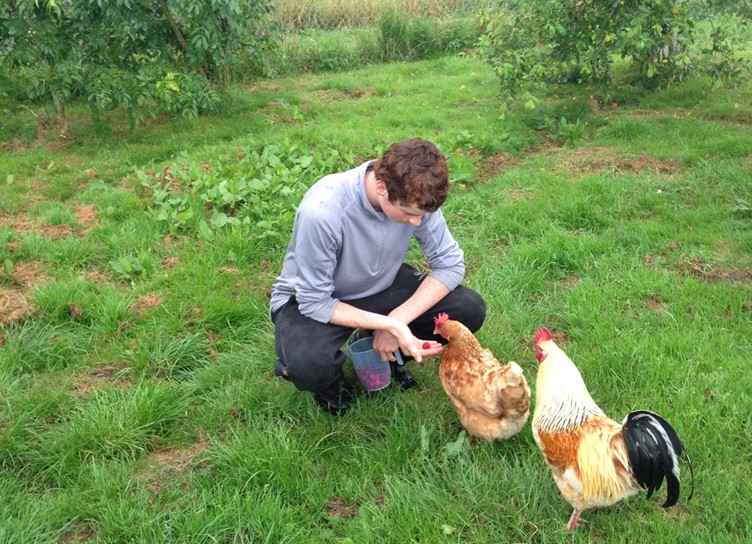 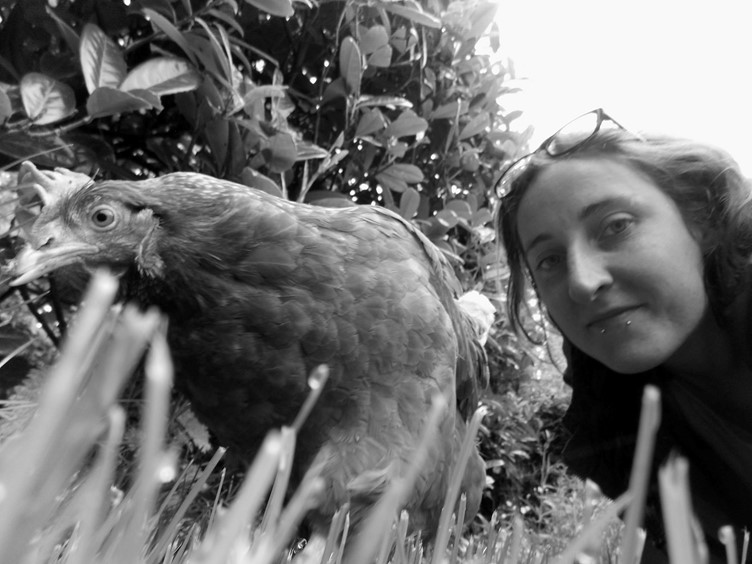 We didn’t choose Alice as an ‘Ambassador’ for egg laying hens. She chose that role all by herself. Every time a visitor arrived at Eden for a sanctuary tour, Alice proved herself to be a much better educator than me. I would enter her area and begin to introduce her and tell her history. Many visitors would be rather sceptical as I spoke of her personality, and individuality, the capacities of all chickens; many are astounded to hear me refer to them as ‘persons’. I could always count on Alice as my ally. Like Verona who died recently, Alice would confidently and excitedly run up to the visitor to introduce herself and she would take over from me. Visitors would stop listening to me and I would watch their facial expression as they observed with incredulity the truth of my description of Alice as a sentient, important person who values her life as much as we value our lives, play itself out in front of them. Alice challenged many peoples’ entrenched speciesism. 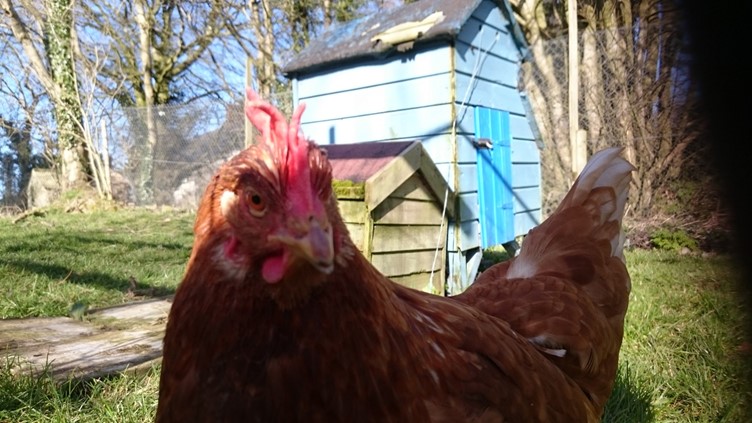 Figure 15 Amazing Alice, one of her first days outside this Summer.

Alice adored treats. Her favourites were spaghetti and raspberries. She also loved eating her own eggs. 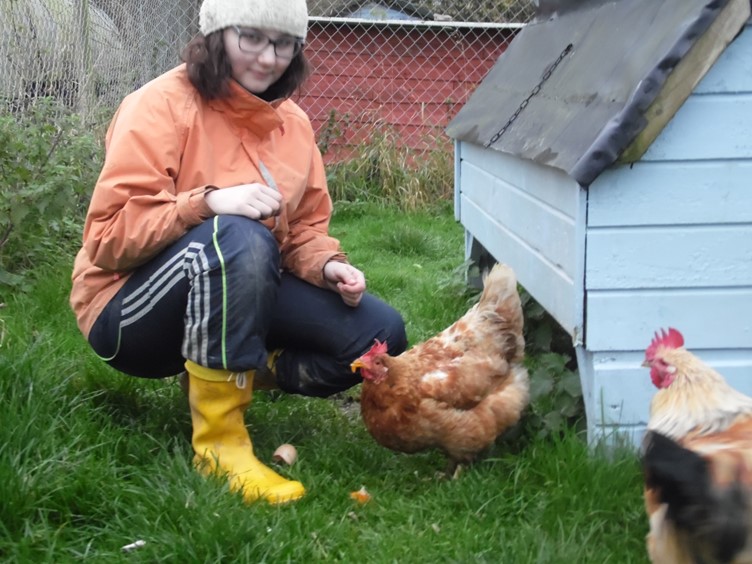 Figure 17 Alice gets a treat from her friend Clara, watched by her faithful and caring friend Fitz

Giving her a treat was not only a delight to her; her enthusiasm, determination and excitement as she ran towards us, or as she tilted her head intelligently to anticipate the best way to jump up and take it from our hands, or as she flew into the air in delighted anticipation of the treat to come, never failed to enthral us. How fortunate we are to have Clara’s beautiful film Return to Eden which captures (at 2.45) this wonderful event that we were so privileged to witness on a daily basis. 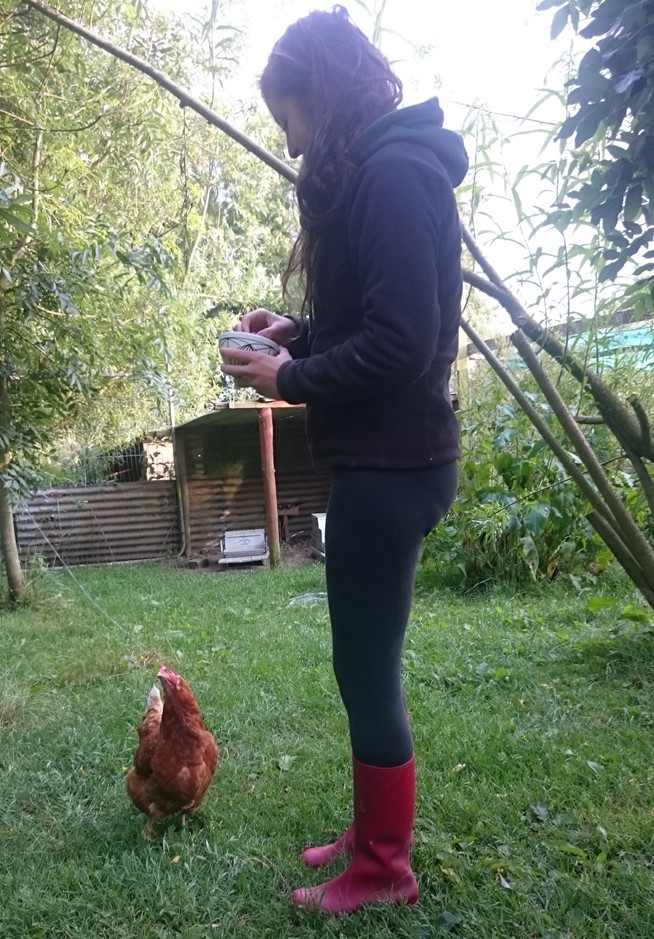 Last winter Alice became unable to live outdoors. She could not tolerate the cold, or her friend, Fitz’s advances. 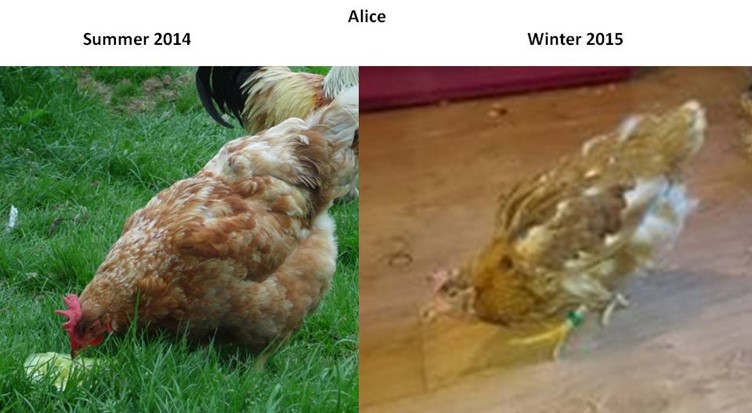 She spent several months living very happily indoors (see this video of her). Given her age and the fact that she outlived all the hens with whom she was rescued, as well as most of the hens from several other groups who were rescued after her, my hope for her future was fragile. It was my fervent wish that she would live to enjoy one last summer. 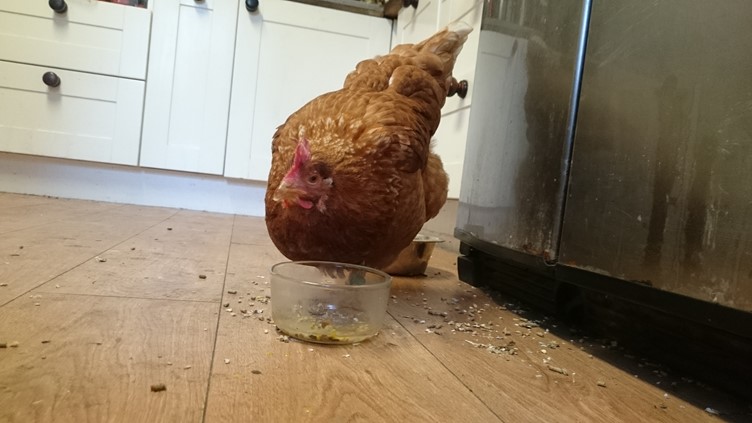 She made a remarkable recovery and I am grateful that my wish for her for one more summer was realised. 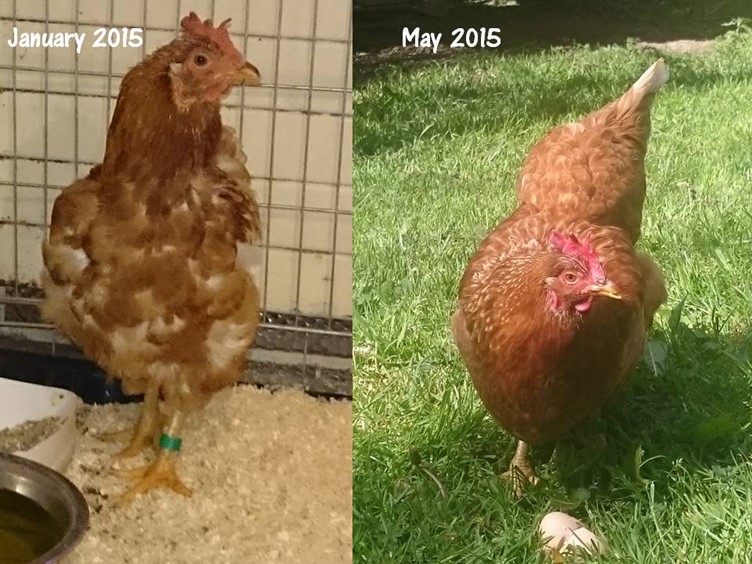 Last Thursday evening Alice flew enthusiastically into the air for her daily treat of Razzle the rook’s food. On Friday morning we found her hiding in her house. She had laid a soft shelled egg. She was very hot, obviously very ill and in a lot of discomfort. I suspected egg yolk peritonitis, a condition that arises when egg yolk remains in the reproductive tract or enters the hen’s abdomen; it is a serious, life threatening condition that is very common in hens used for their eggs. Immediate treatment commenced on a very high dose of antibiotics but she failed to respond. She drank a lot but ate very little. When she refused fresh raspberries from the garden and exhibited no interest in eating an egg donated by one of the other hens, we knew the situation was not good. She went through periods of apparently severe pain accompanied by open mouth breathing despite the use of strong analgesia. X-ray revealed nothing abnormal: there was no trace of cancer, or of egg shell. She simply had a very severe infection. The veterinary prognosis was very poor and given the severity of her pain I made the decision, with our vet, to end Alice’s life by euthanasia.

Was this the right decision for Alice? I don’t know and the not knowing is a heavy burden.

We should not have this power of life and death over others. This misplaced power originates not at a chicken’s death bed but at our dinner tables and in the lifestyle choices pertaining to our food.

Alice brought so much happiness to our human lives; yet human life and our demand for animal foods brought so much misery to her. The fact that those of us who knew and loved her feel sick with grief at her loss is testament to how special she was.

We are not only grief stricken. We are outraged and appalled that someone who loved to run, jump and fly like this…. 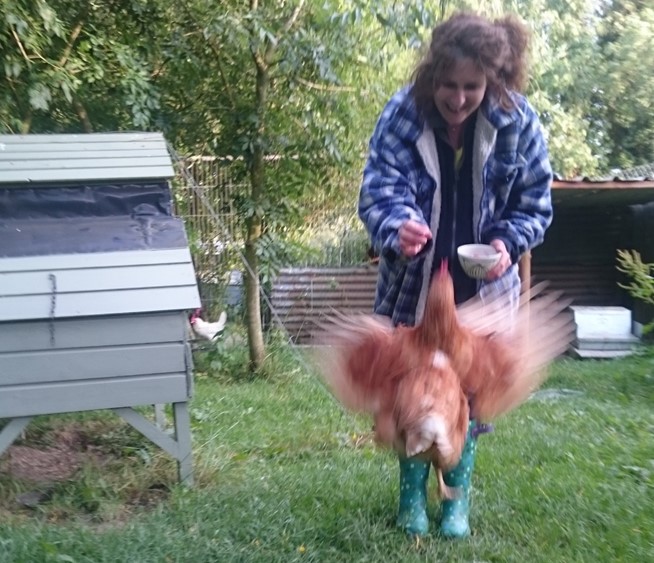 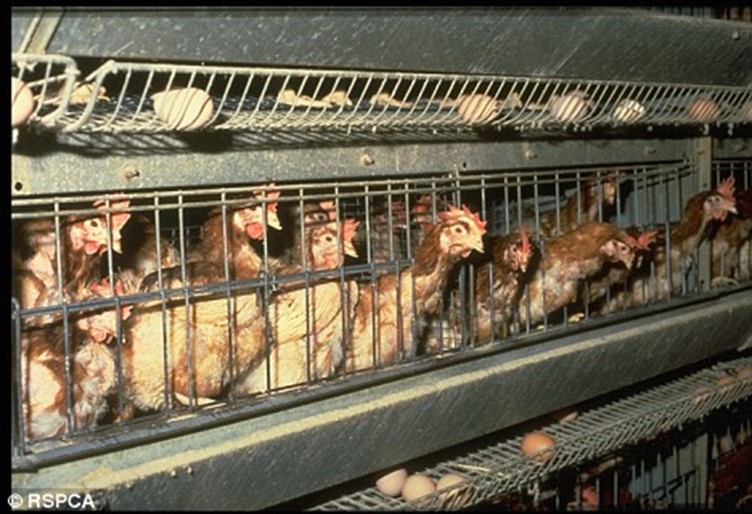 Figure 20 Hens imprisoned in battery cages like those on the egg farm that Alice was rescued from. Photo RSPCA.

Yet, it was not the imprisonment of a cage that killed her. It was the imprisonment of her own body; a body that was manipulated and ravaged by the human demand for her eggs. We, who loved Alice, are outraged on her behalf at this exploitation of her body by the egg industry. We are outraged on her behalf at this industry that sells us the myth that eggs are food, and at all its supporters who profited from her and hens like her. We are outraged that anyone would suppose that Alice’s purpose in life was to produce food for humans.

Alice did not die in a battery cage or a slaughterhouse. She lived for three and a half years in the paradise that you and I, the Friends and supporters of Eden, have created for her. And still she suffered and died. Of course we all suffer and we will all die, but most of us will live to old age. Alice was no more than five years old; a mere child. If she had lived the life of a wild hen, untouched by humans, laying only one or two clutches of eggs a year for the purpose of raising children, she would have had an expected lifespan of fifteen to twenty years, if not significantly longer.

Alice’s life at Eden was so obviously treasured by her, as it is treasured by all the individual residents who are fortunate enough to be rescued and live here. But sanctuaries are not the solution to the problems faced by farmed animals. Veganism is a much more important solution. We can begin to respect other animals (and other humans) by going vegan and avoiding the products and practices that cause them so much suffering; we can grant them justice and compassion by being cognisant of their sentience and their equal right to life and a home on this planet. We can begin to relate to them as equal others by getting to know them as individuals, by visiting sanctuaries, or by reading the accounts of their lives by those who stand up for them, or who know them intimately and who respect them (Linda Clark, Clara Mozes at Eden, Karen Davis, Pattrice Jones,  Robert Grillo, and others). We can then begin to extricate ourselves from the mire of speciesism that blinds us to their capacities, and to their individuality that makes one chicken shy and retiring and another gregarious and sociable like Alice. Only then are we in a position to work as activists to encourage others to respect the right of every one of them to live free from our use of them.

Every one of them is one too many.

Every one of them is an Alice.