Cormac was rescued from the dairy industry in 2016. He was the first cow to find a home at Eden so we have learned a lot from him, particularly about the suffering we cause by separating mothers and calves so that we can have their milk. We have also learned a lot about how curious, affectionate and sociable cows are. Cormac has been an enormous inspiration for our Go Vegan World ads and he features in many of them. 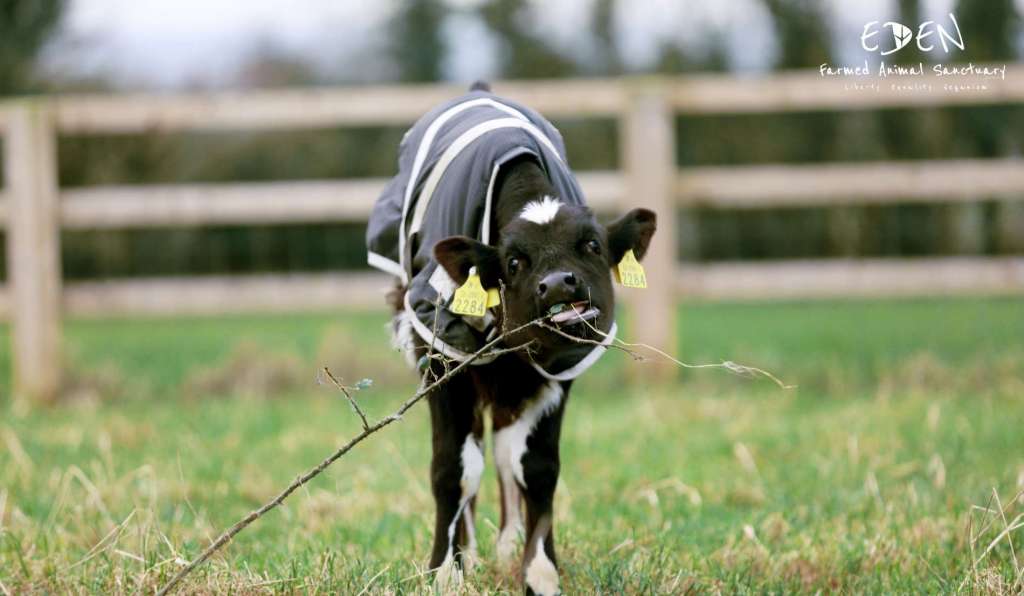 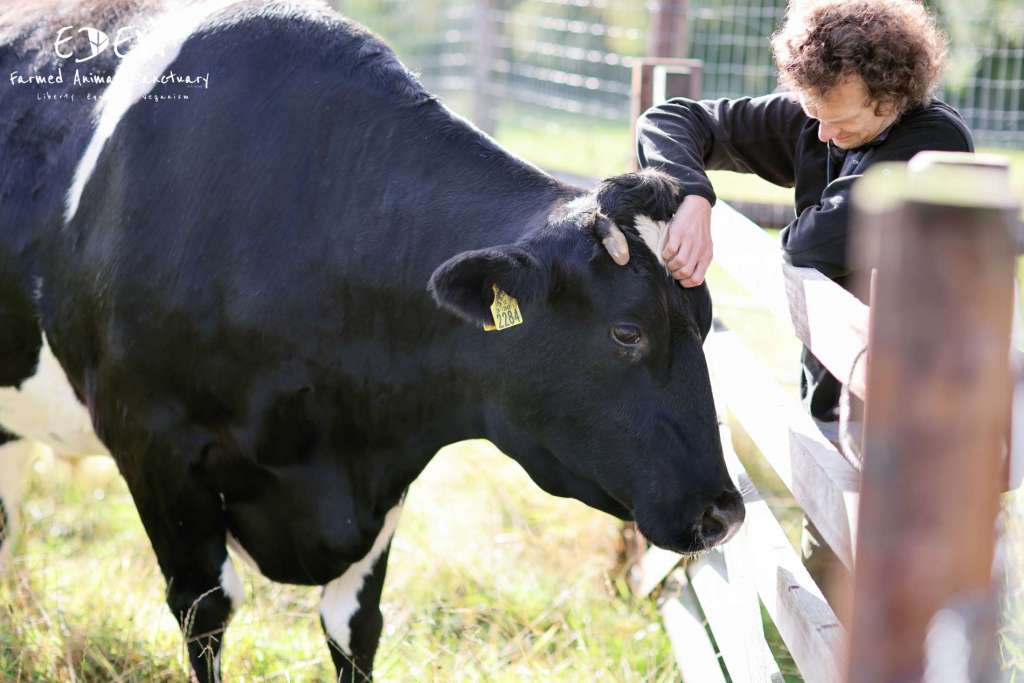 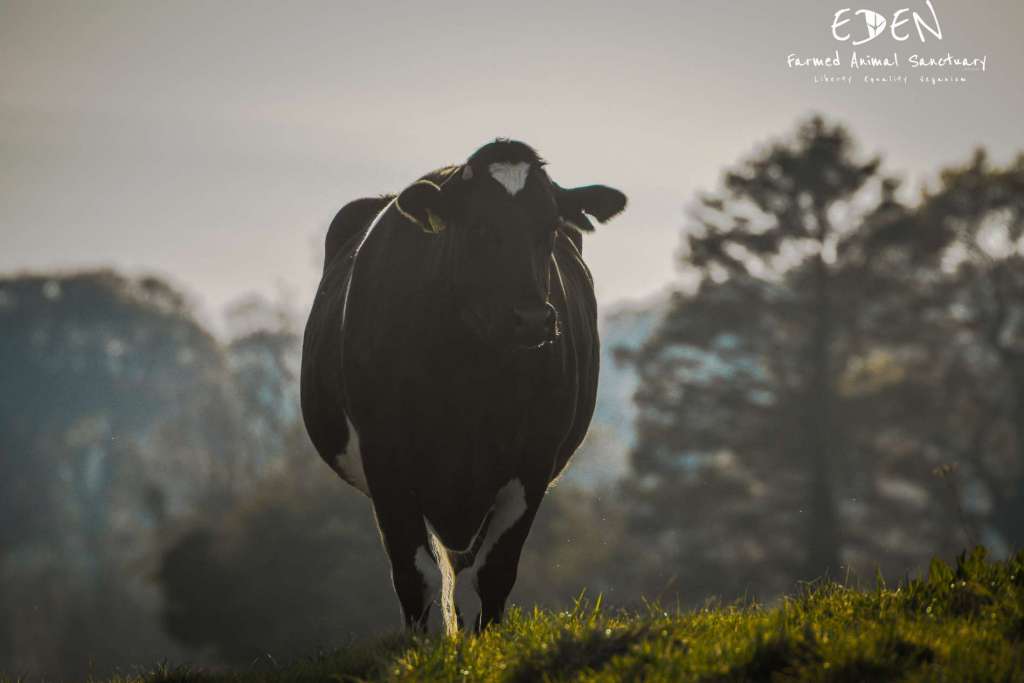 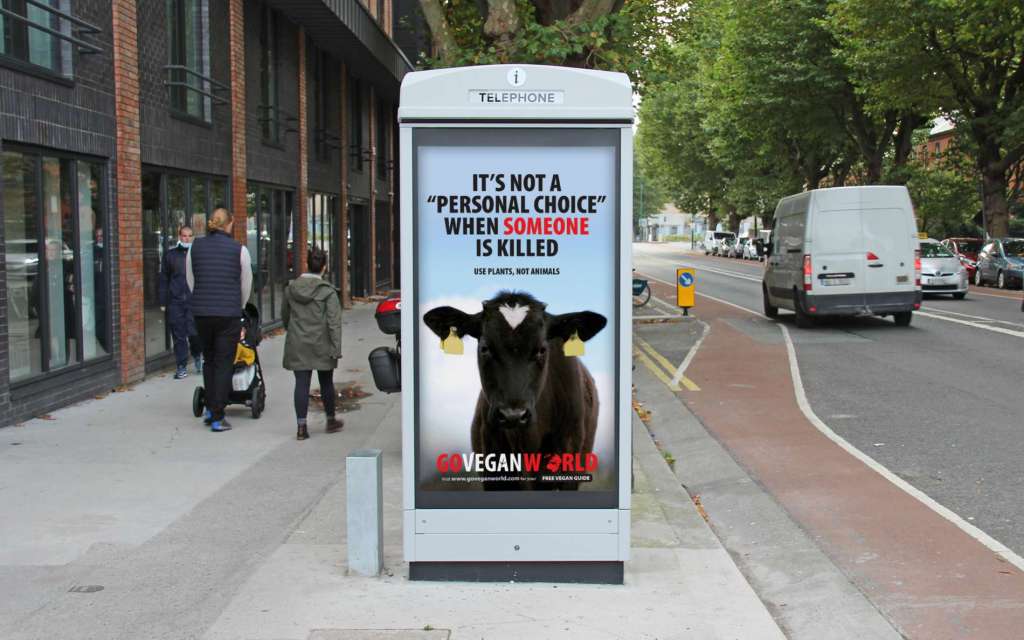 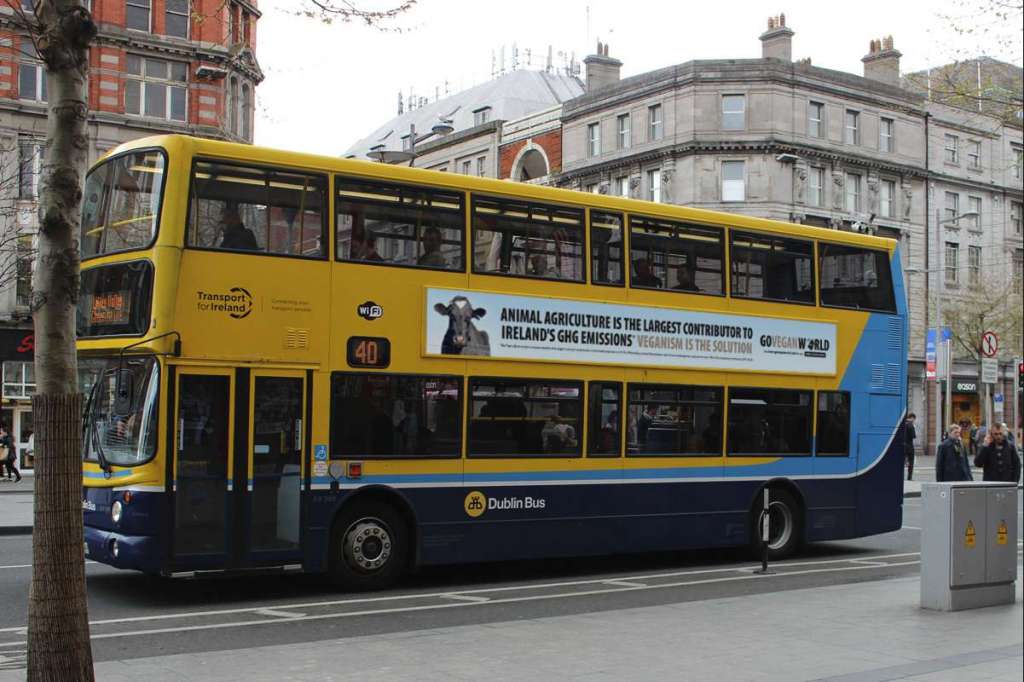 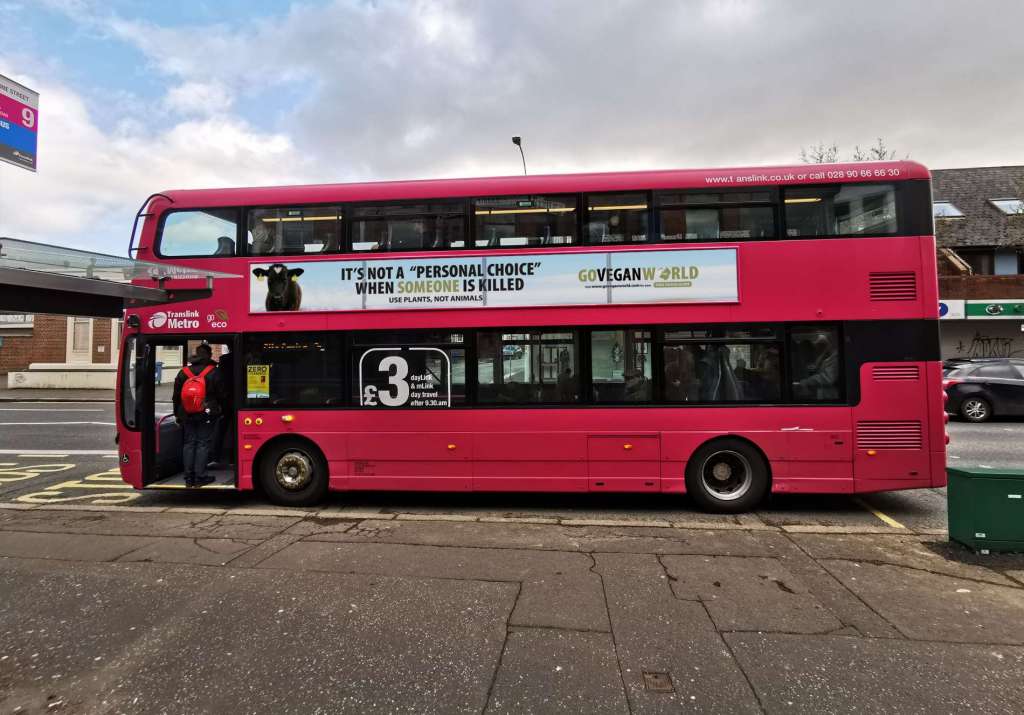 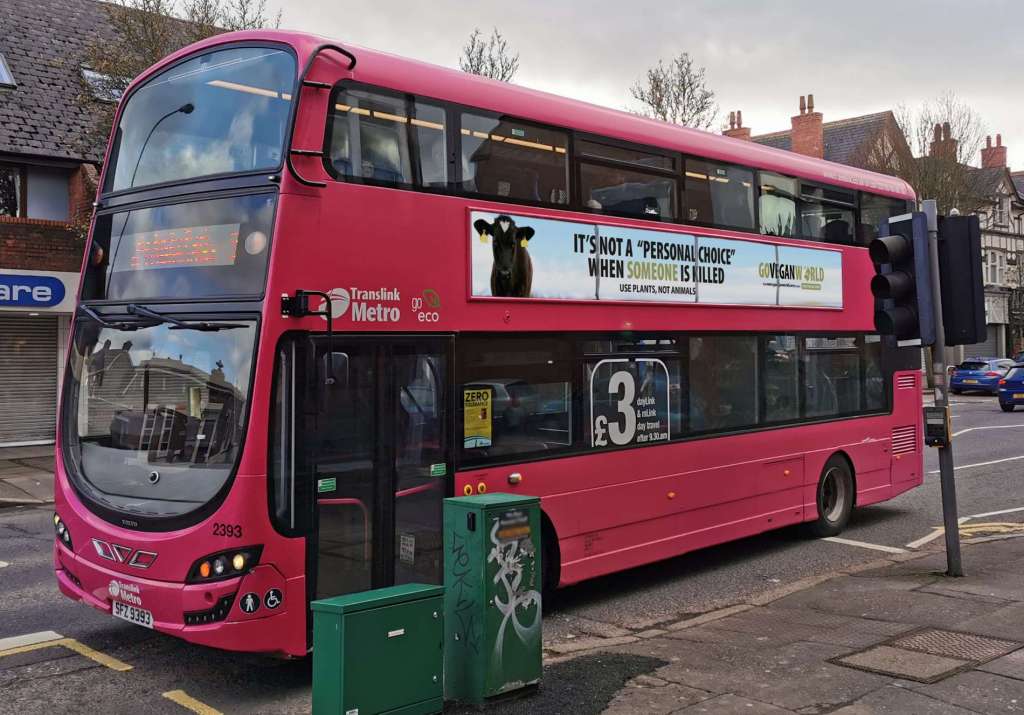 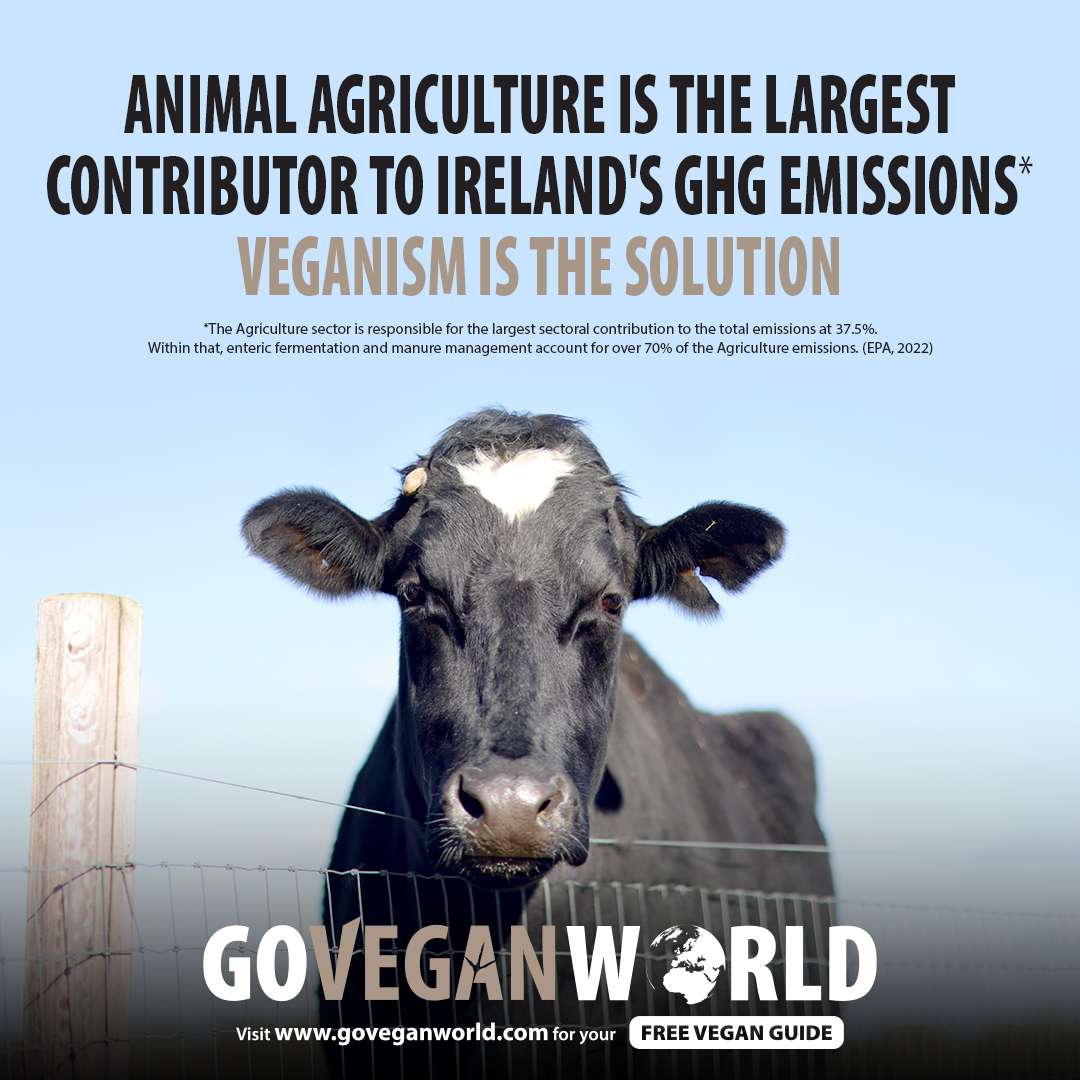 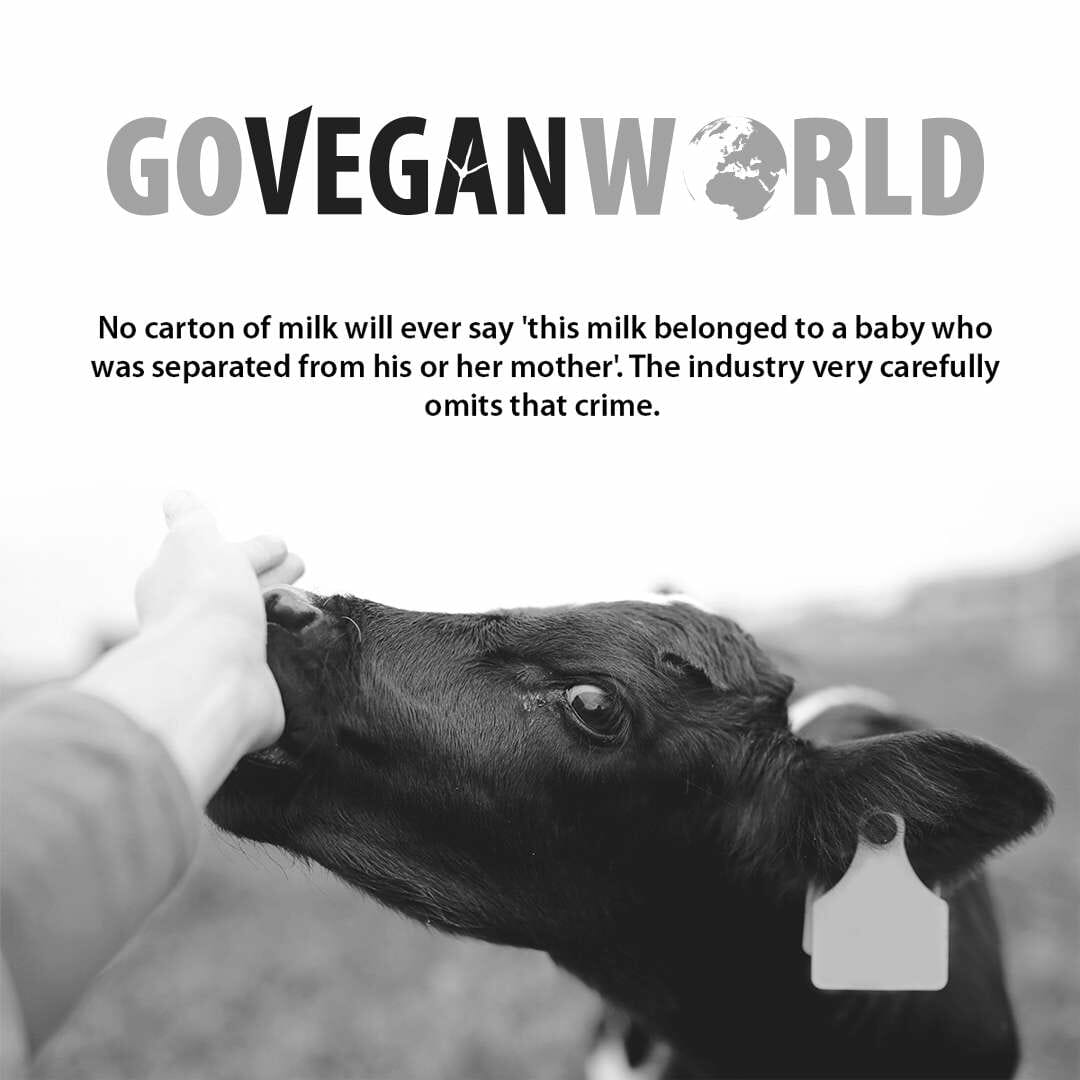 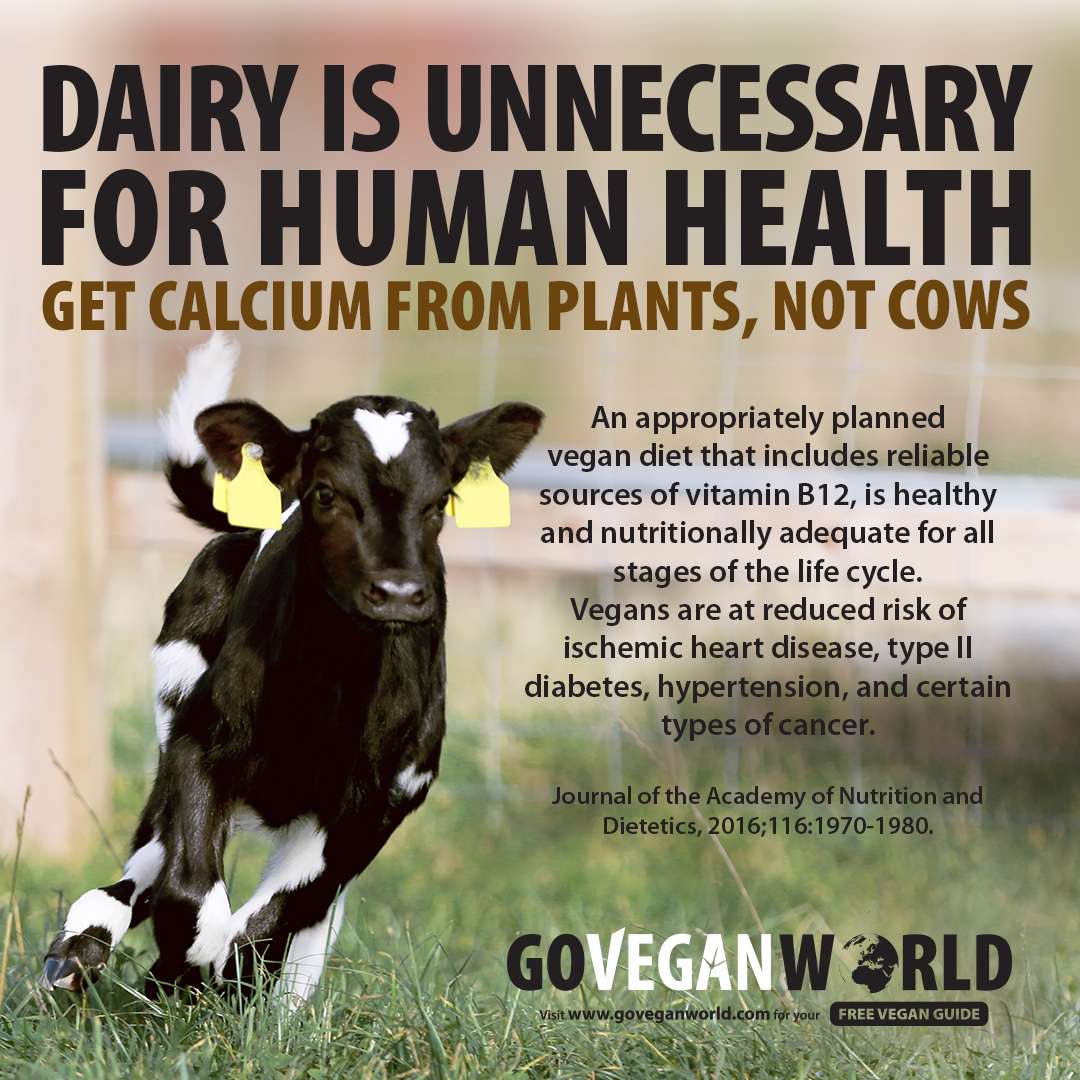 Our Irish Campaign & the contribution of animal agriculture to GHG Emissions

“When people think about how to change their behaviour in an attempt to ameliorate the effect they have on the natural world, most of them consider taking shorter, fewer showers, reducing the temperature on their central heating, travelling less, or if they can afford it, buying an electric car. But if we have a look at the figures on GHG emissions sources we get a better idea of where we could most usefully change our behaviour. The latest report from the United Nations Food and Agriculture Organisation (FAO) states that almost one third (31%) of human caused climate emissions originate from the world’s agri-food systems. In Ireland, we can see that the transport and energy sectors are significantly lower emitters than the agriculture sector, most of which is comprised of animal agriculture.

The most recent Environmental Protection Agency (EPA) reports state that in 2021, the energy industries, transport and agriculture sectors accounted for 72% of total GHG emissions. Agriculture is the single largest contributor to the overall emissions, at 37.5%. Transport, energy industries and the residential sector are the next largest contributors, at 17.7%, 16.7% and 11.4%, respectively (https://www.epa.ie/our-services/monitoring–assessment/climate-change/ghg/latest-emissions-data/, accessed 24/12/2022). The agriculture sector is responsible for the largest sectoral contribution to the total emissions. Within that, enteric fermentation, and manure management account for over 70% of the agriculture emissions. This report also states that the most significant drivers for the increased emissions in 2021 were increased use of synthetic nitrogen fertiliser use of 5.2% and higher dairy cow numbers of 2.8% with an increase in milk production of 5.5%. This is the 11th consecutive year of increases in dairy cow numbers. Milk output per cow also increased (2.5%), therefore increased production was driven by an increase in the number of animals used by the industry in conjunction with an increase in milk yield per cow. We  can only begin to imagine the toll this is taking on individual, sentient, mother cows and the calves who are separated from them so that we can consume they milk they produce to feed them, that is unnecessary for our health and that is so environmentally destructive (https://www.epa.ie/publications/monitoring–assessment/climate-change/air-emissions/irelands-provisional-greenhouse-gas-emissions-1990-2021.php/ Accessed 24/12/2022).

It is strikingly obvious that Government measures to target emissions, and the individual actions that follow from the information members of the public learn through the media, is not only grossly inadequate, but also actively avoiding the elephant in the room. The same agencies that report on the disproportionately high emissions emanating from the animal agriculture sector, fail spectacularly to mention that the single largest contributor could be redressed by transitioning to plant agriculture and plant diets. If the public were made aware that they could reduce emissions far more significantly and far easier if they changed how they eat and adopted a plant diet, they would be more inclined to try.” – Go Vegan World

Jacob & Dispelling the Myth that Animal Products are Necessary 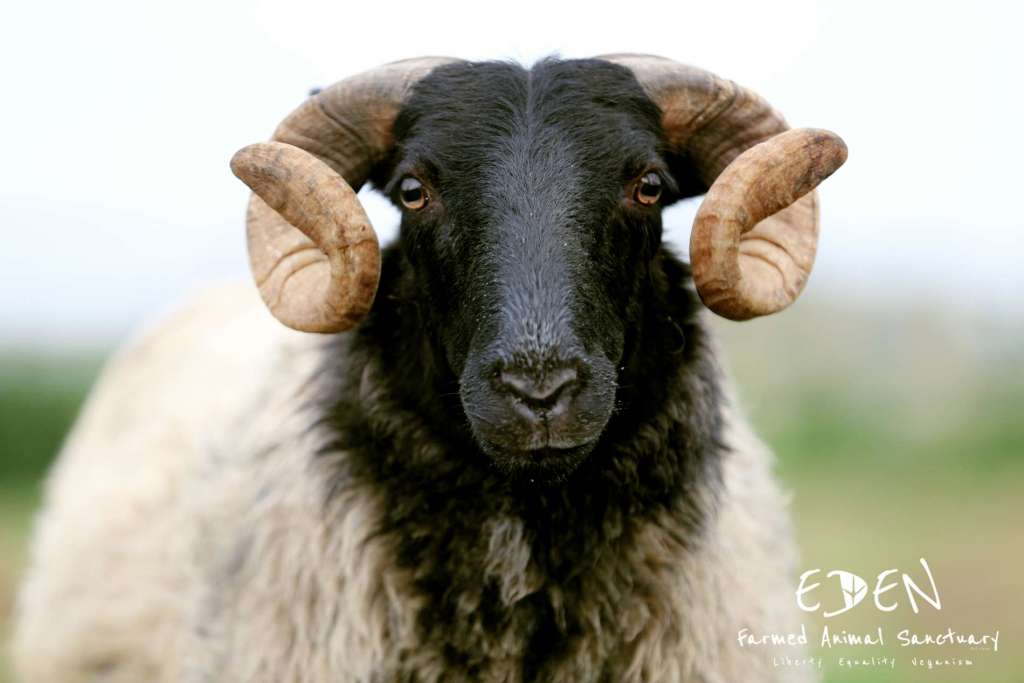 Jacob has such an arresting, magnificent face that he is bound to attract the attention of non-vegans. He, and his friend Noah, were rescued from an Irish sheep farm, in a very poor state of health, many years ago. They have both recovered very well from their poor start in life and been saved from slaughter. Jacob is the inspiration behind this very powerful ad that helps dispel the myth that animal products are necessary for human health. 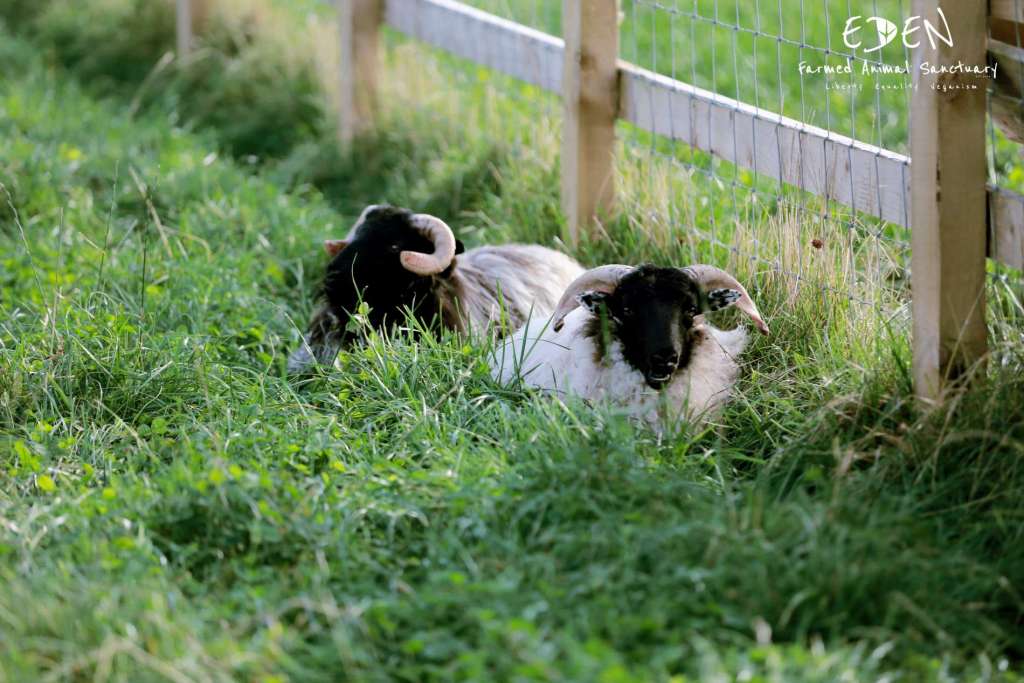 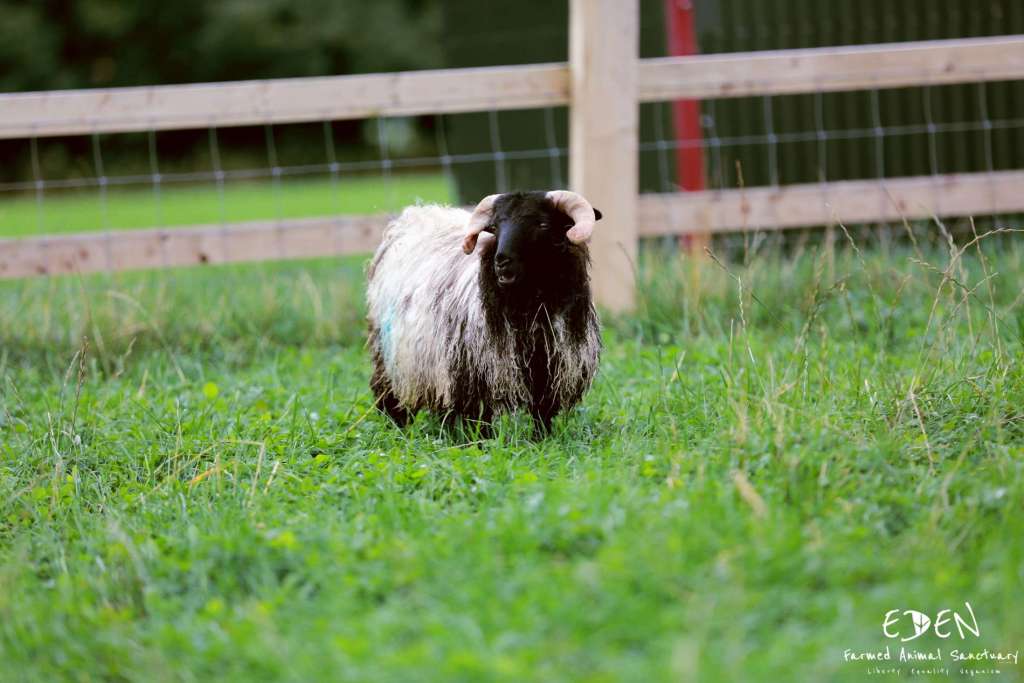 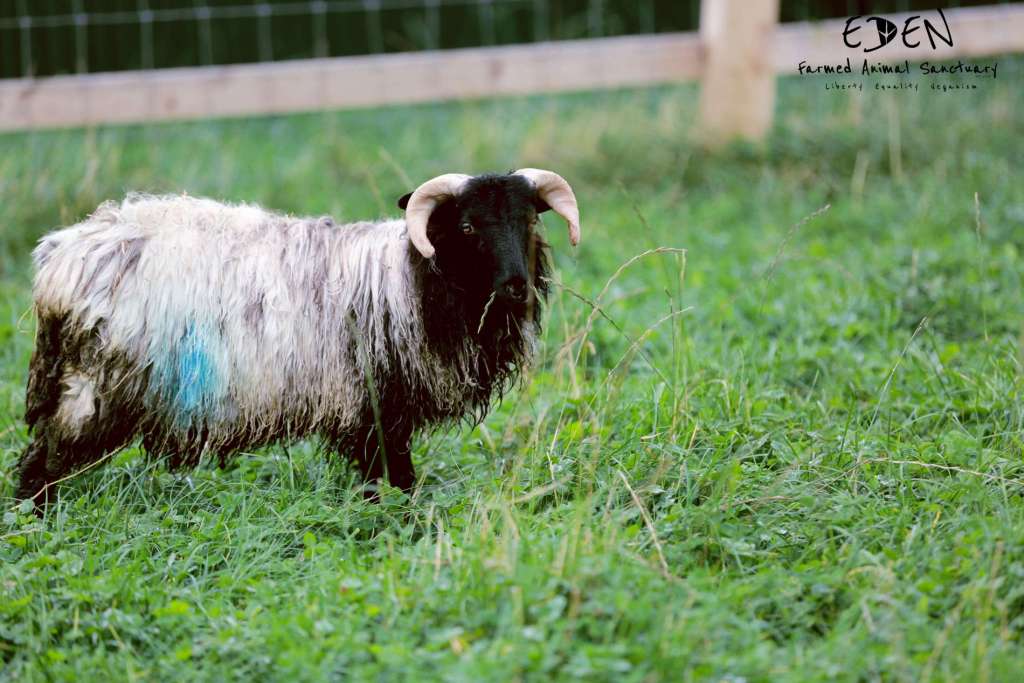 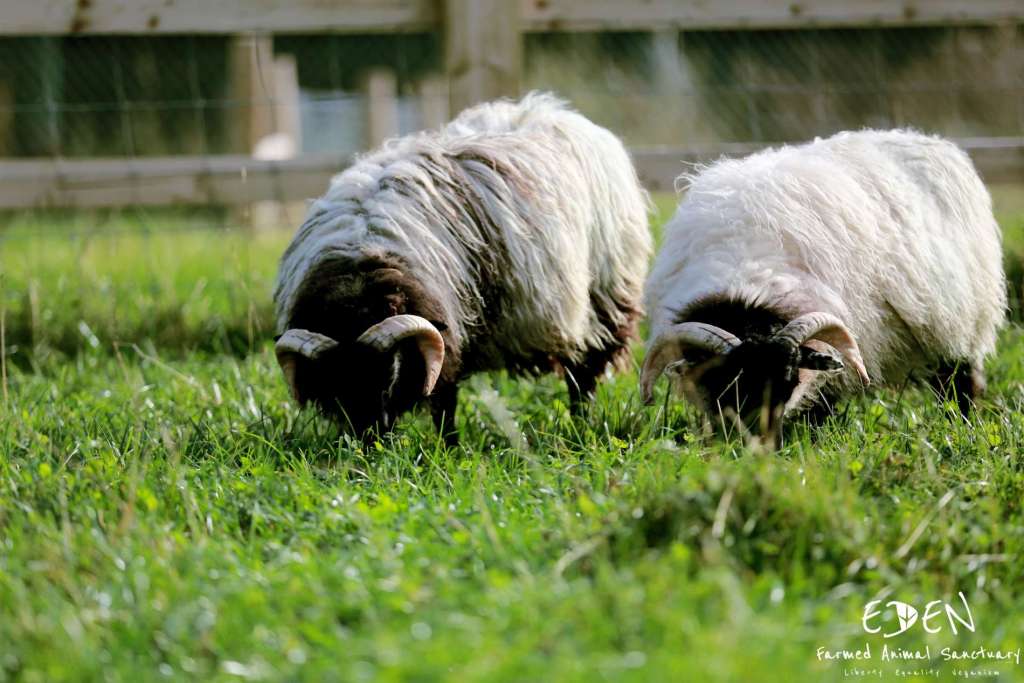 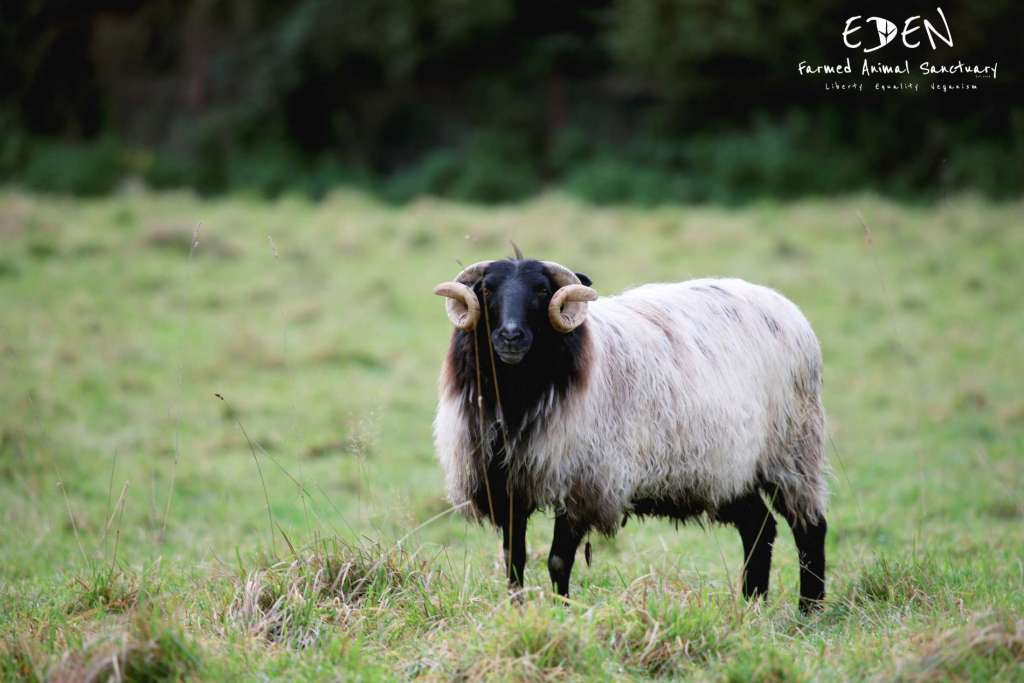 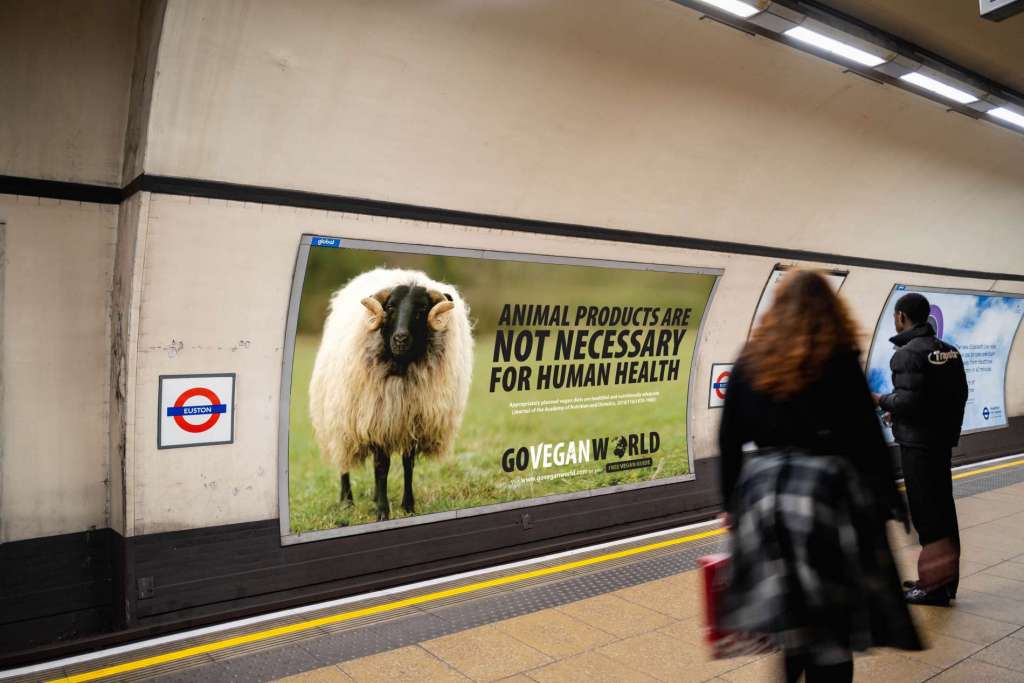 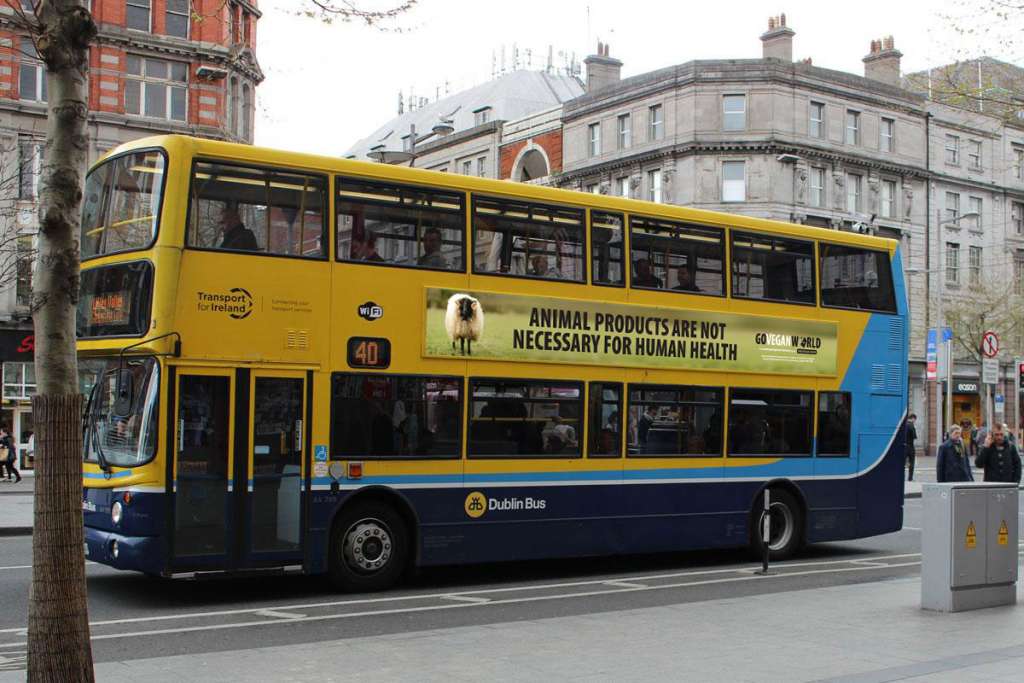 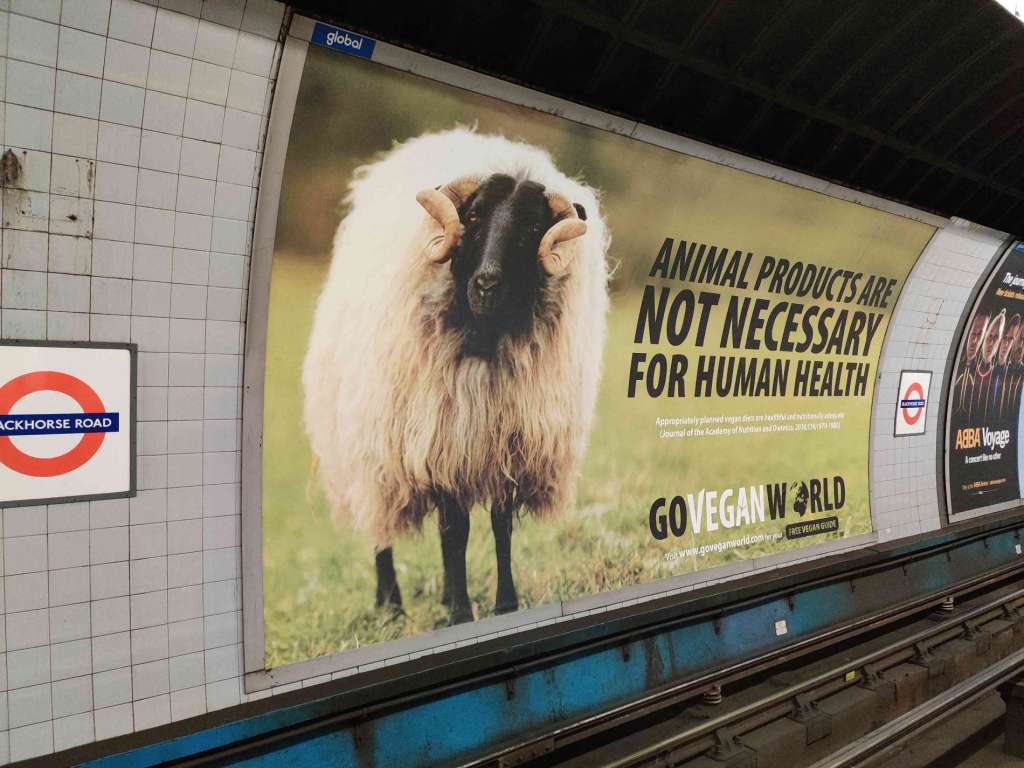 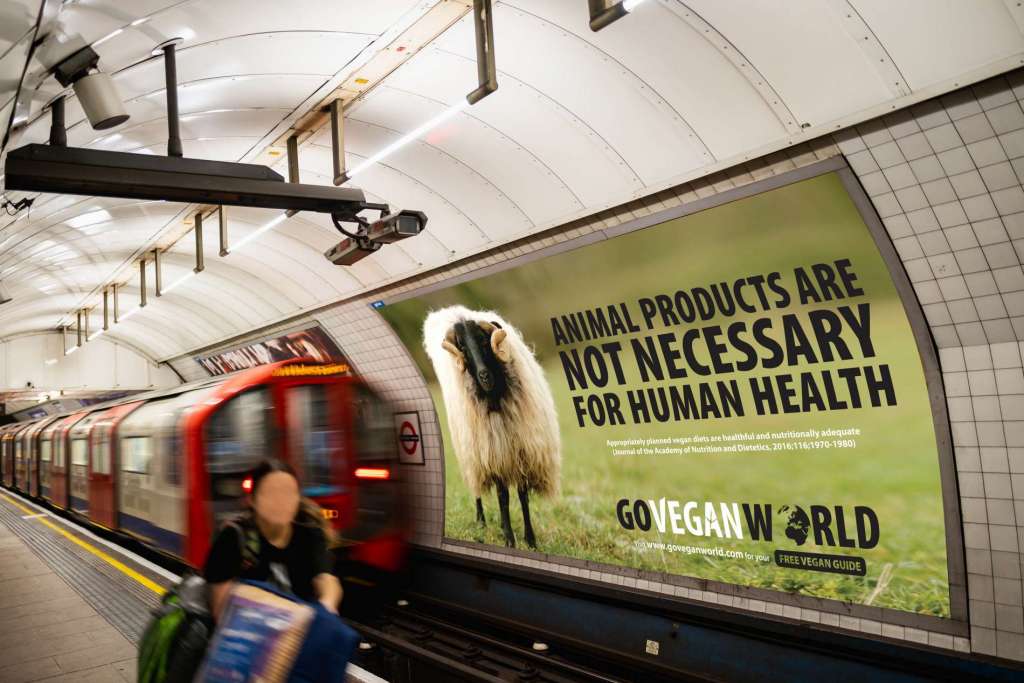 “One of the greatest cons of all time has been the myth sold to us by the animal agriculture industry, that animal products are an essential component of a healthy human diet. Animal products are not necessary for human health. In fact, the healthiest diet is a whole foods plant diet, which is well planned to include essential nutrients. All the major world dietetics associations and many medical organisations acknowledge that a vegan diet is sufficient for human health and there are some claims in the research that vegan diets have significant health benefits over diets containing animal products.

Veganism is not a diet. But what we eat forms an important part of the way of living that respects the rights of other animals not to be owned, exploited, used or killed by us.

We hope that our Go Vegan World ads will prompt more people to have these conversations and research veganism and animal rights for themselves. Watch out for our ads at twenty five London Underground Stations, one hundred buses in the Bristol area, another 120 buses in Ireland, and 100 in Northern Ireland, as well as billboards in Ireland.” – Go Vegan World

Anti-speciesism and the recognition of Animal Sentience

Although two of our ads in this year’s campaign have dietary and environmental themes, their context shows the sentience and individuality of Cormac and Jacob. We hope that when people see the animals of Eden Farmed Animal Sanctuary on our Go Vegan World ads, that they will connect with who they are and stop using them as if they were inanimate human resources. Our anti-speciesist ads remind people that the choices they make have consequences for others and confront the idea that humans are the only species that matters, and that the resources of the earth, including its sentient, feeling animals, exist for the use of one species at the cost of billions of lives every year, and the destruction of the very planet that sustains all of life.