Before I Knew You

Before I knew her, I would have had her harmed and killed without a thought. I would have paid for her to be separated from her mother, heedless of her fear and loneliness, and of her mother’s grief. Before I knew her it was easy to think only of the elaborate menu for the next dinner party, or the latest sheep cheese, yoghurt or milk as a tasty way to ensure those vital elements that could so easily have been obtained from plants.

Now that I know her, I am moved by who she is. Through Eden she has come from the hidden darkness of objectification and the “I” of me has moved aside sufficiently to glimpse her life from her perspective.

Life was never going to be kind to Caoimhe. From the time she was born her mother was too young and disturbed to care for her. In Caoimhe’s mind, being harmed by the person on whom she depended for sustenance, love and survival, can only have felt as it does to any child who is harmed by their Mum. She may have been born with difficulties that her mother felt incapable of managing.  At any rate, she came to Eden with severe spinal injuries, unable to use her back legs, a shoulder injury, and a facial abscess.

Prior to rescue she faced a fate of being fed to the hunt dogs.

Before I knew her, I didn’t stop to consider that mothers outside the human species sometimes struggle to care for their children. Now I hear the plaintive, faint cry of her, so like the cry of an injured human child; the instinct to cry for help almost silenced by the weight of suffering. I try to take her mother’s place but I am a poor substitute.

Before I knew her, I would never have believed that I could empathise so deeply with someone of another species. My visceral response is because I see who she is. I see a motherless baby, frightened, distressed, in pain. My shaking hands, the soreness in my heart, the burning nausea in my stomach, and my unshed tears, all tell me that there is no barrier between species. If I had seen her, if I had heard her cries, if I had known her on the supermarket shelves, I would never have participated in exploiting her. No one who knew her would harm her. Everyone who knew her would at least understand the rational for veganism.

Every lamb is another Caoimhe. Her mother will face the loss of many more children before she is brutally killed in a slaughterhouse. They suffer and die unnecessarily so that we can mindlessly consume their flesh, their milk, their wool and their lanolin in a non-vegan world.

Caoimhe was more than the sum of her misfortune. She had a life force so strong that it felt wrong not to give her every chance. As she heartily drank her bottles, and nibbled freshly cut grass, and gave her upper body a healthy sheep shake, I took my lead from her and gave her that chance for the life she wanted to live. But the damage was too great. The nerves controlling her bladder prevented it from emptying. Anyone who has experienced or known someone with a back injury, will be familiar with the agony of this condition. Caoimhe died by euthanasia. She was in great pain but she was prevented the torture of a significant deterioration in her condition.

She will not be forgotten. Because I knew her, now the world knows her too. Someday it will be a vegan world and because we knew her and lambs like her we will not own, breed, use or harm them.

Please tell someone you know about Caoimhe today. Ask them to go vegan. 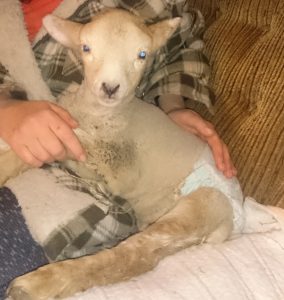 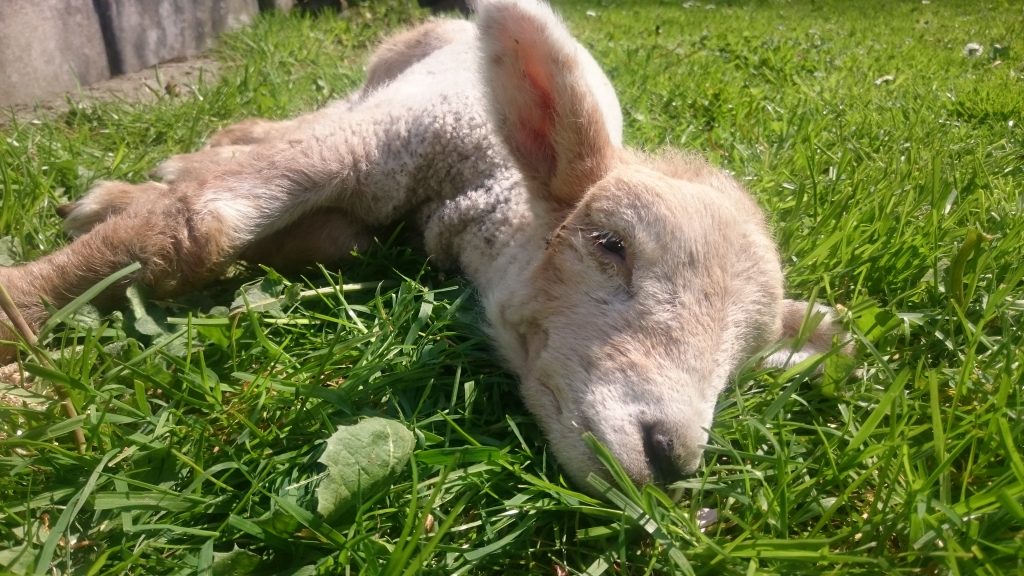