Life has got busier and more exciting as spring progresses into early summer. Here is a snapshot of the residents’ lives at this moment in time.

Alice
All we wished for Alice was for her to see one more summer. Life is looking very good for her. After a winter spent indoors due to the toll of her life as a battery hen in the egg industry, she is now back to her old self and living outdoors with her companion Helga. She is as lively and enthusiastic as ever. When she gets the slightest hint that there might a human around to give her a treat she runs with her wings outstretched, and then gives them a single flap which takes her about three feet into the air. Long may her energy & enthusiasm last. 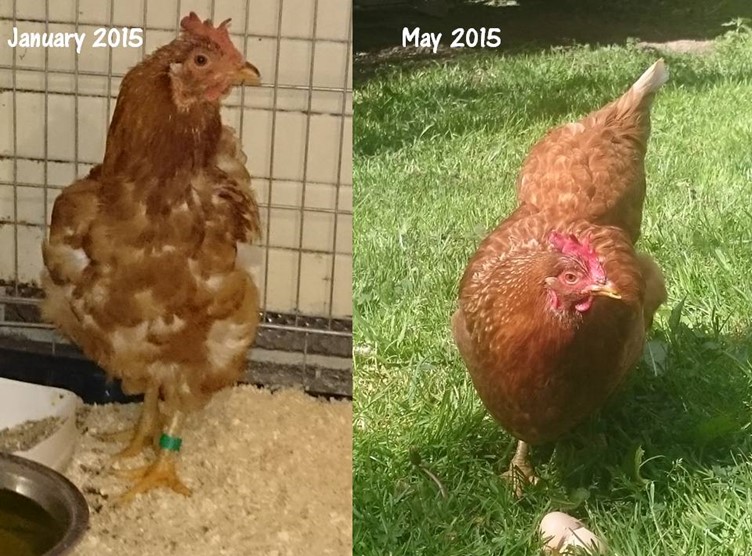 Philippa
Philippa has made a tremendous recovery from her leg and foot ailment. She became lame very suddenly two months ago, unable to weight bear on one foot which was bent backwards. X-ray revealed some dodgy results but they are profuse around her legs and pelvic region. Nothing significant showed up in the foot she was having problems with. We persevered and confined her, forcing her to rest, and treated her with pain killers and Lincocin antibiotic. Against all the odds she has recovered and is living a full life again with her close friends David and Avril.

Heidi has constructed a beautiful nest where she guards her precious eggs carefully every day. These are Heidi’s first eggs as she is just a year old. Geese become very distraught if anyone touches their eggs. For this reason, and because her eggs are infertile, Heidi has the freedom to care for them at Eden as she wishes. She is helped by Marjorie who, in her turn, was helped for years by her friend Dorothy before Dorothy died some years ago. 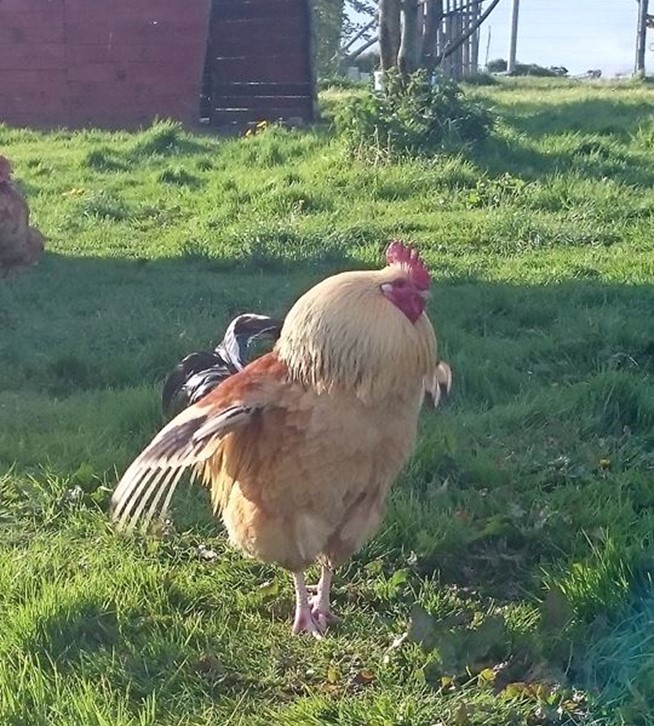 Fitz was Alice’s partner. When she became ill last winter he was left alone. For a while he lived with Harry’s friends Grainne and Connie after Harry died. But they were obviously not to his taste! He kept flying over the fence to Hannah’s area. So Grainne and Connie now live with Victor who was alone following the death of Verona and Fitz lives with the stars of the forthcoming video Long Time. 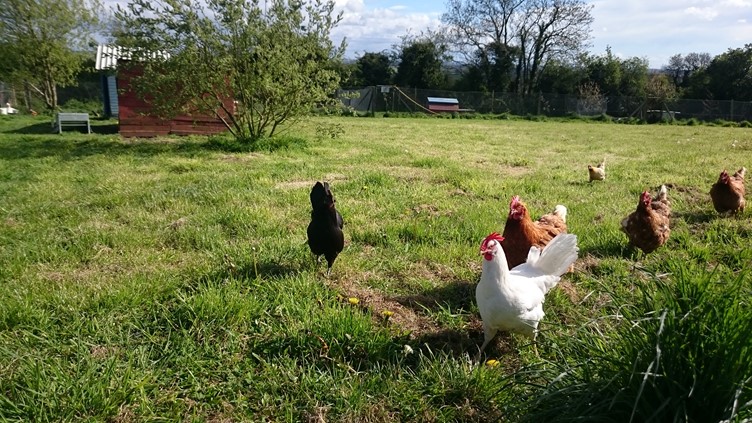 Timothy
Although it would be preferable for the hens not to lay eggs, breeding forces them to begin laying eggs very regularly throughout the spring and summer. The males take a very active role in helping the females. They often spend time preparing their nests and then sit beside or keep guard indoors while they lay their eggs. Here is Timothy taking care of the hens in his area. 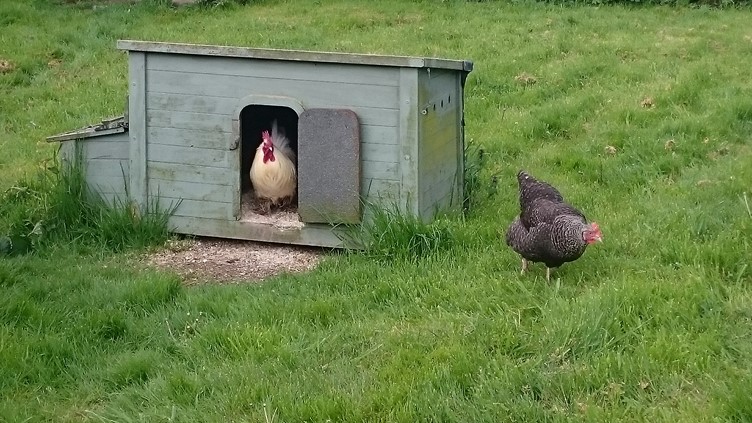 Ducks & Geese People
We’ve had lots of rain so the ducks and geese spend much of their day swimming. 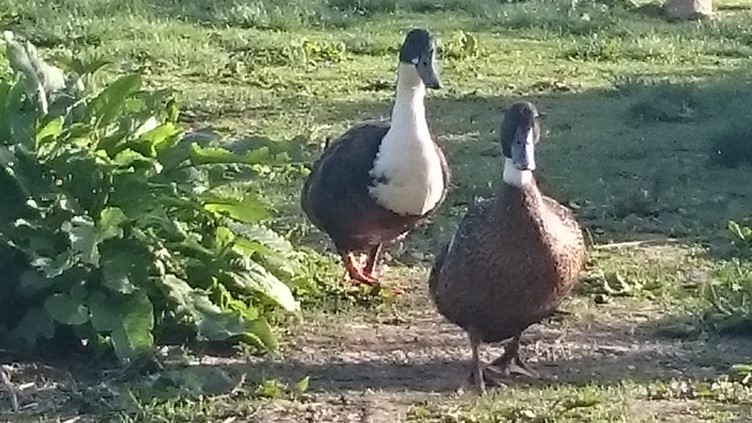 Meanwhile…indoors
Lady Molly would turn in her grave if she saw all these people on her bed. 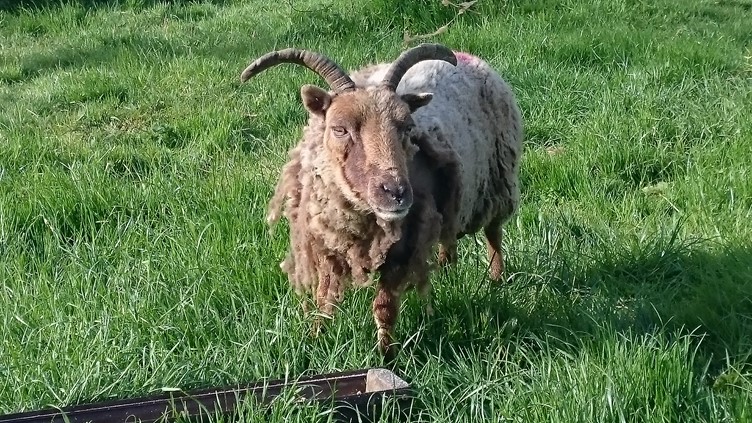 Joshoda is gradually beginning to learn that she will not be harmed at Eden. She comes closer every day and enjoys a treat of barley early in the mornings and at bed time. It will help her gain back some weight because she is still very thin.

Krishna is getting very strong. He has a beautiful nature and follows me around all day. 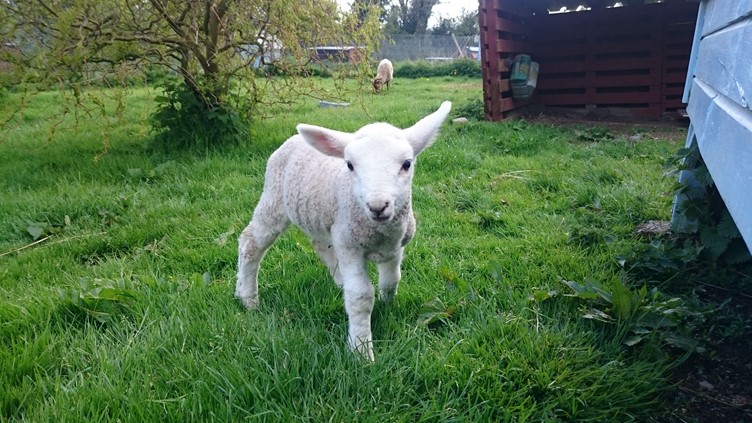 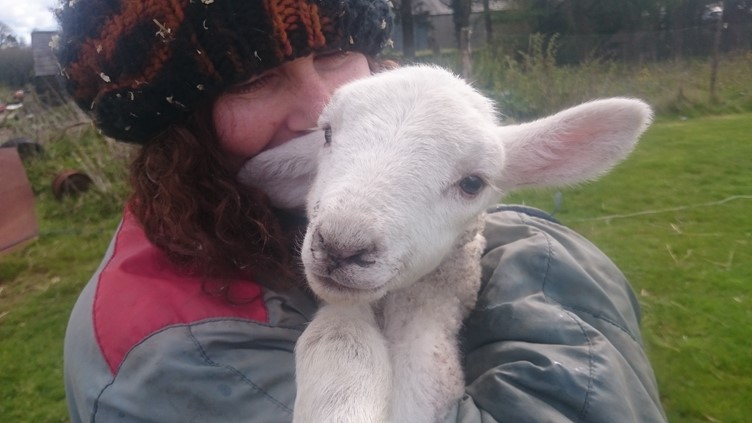 Company for Krishna: Holly & Ben
I received a phone call this week from a farmer’s wife. Her husband began farming animals very recently and his wife finds it upsetting and unsettling. Until now she has distanced herself, unable to be with the animals because she ‘feels their pain’. One of the lambs on their farm was a blind orphan named Holly. She, and Ben, another orphan lamb, required bottle feeding and through this process of care, the farmer’s wife and her children made a connection with the personhood of the lambs. Holly was discovered one day running into a fence which tore her face alerting everyone to the extent of her vision impairment. The woman persuaded her husband to let her find a home for Holly as she couldn’t bear the thought of such an innocent, compromised little being facing slaughter. Holly was offered a place at Eden and with a little persuasion her friend Ben managed to accompany her and also avoid imminent slaughter.

All it took to allow these two beings their right to life was a little thought, the opportunity to connect and the courage that comes from kindness. ‘I never connected the piece of lamb that I brought home in a packet from the supermarket with who they were’ said the farmer’s wife as she left Eden armed with vegan literature.

Ben and Holly are settling in well. Holly is partially sighted so there is a good chance that she will be able to live quite autonomously with the other sheep people at Eden.