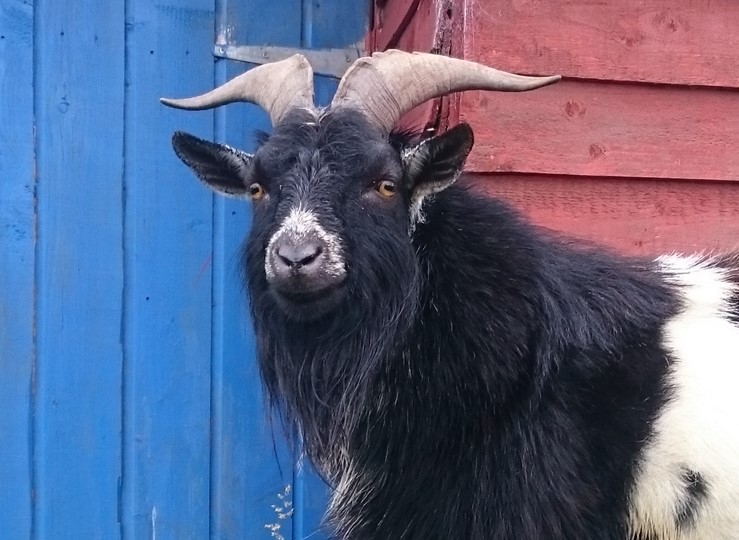 80 acres of NAMA lands in West Dublin are called The Killing Fields. They are used to hold and torture cats, dogs, horses and goats. Many are starved, and viciously beaten until their bones break. They are chased and mowed down using scramblers and quad bikes. Some of the perpetrators are as young as 12 years old. Some of their victims are babies (Warning graphic images).

With the exception of one rescue group*, it is alleged that no one intervened to help them.

Last April there were reports that two pygmy goats had been brought to the killing fields. Two months later one of them was found dead, his or her body still warm, amidst the scattered broken parts of the motorbike that was used to mow him down. 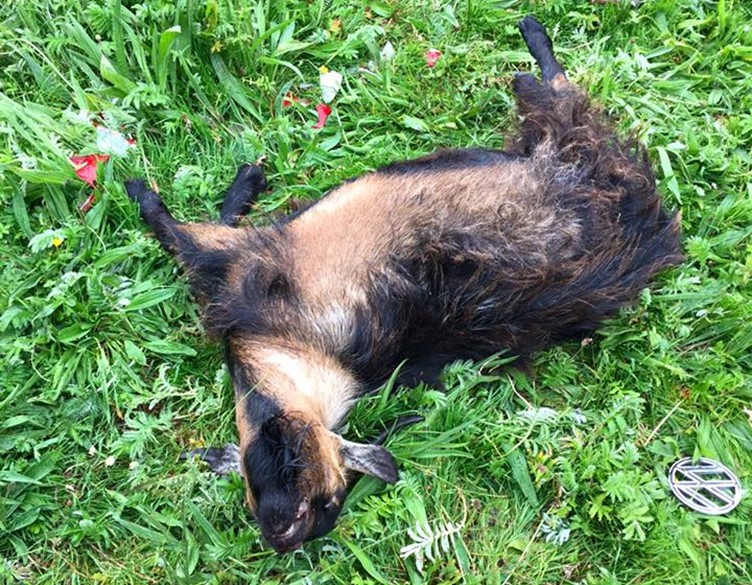 The other goat escaped. Three months later he was found in a nearby housing estate by members of My Lovely Horse Rescue and taken to Eden. 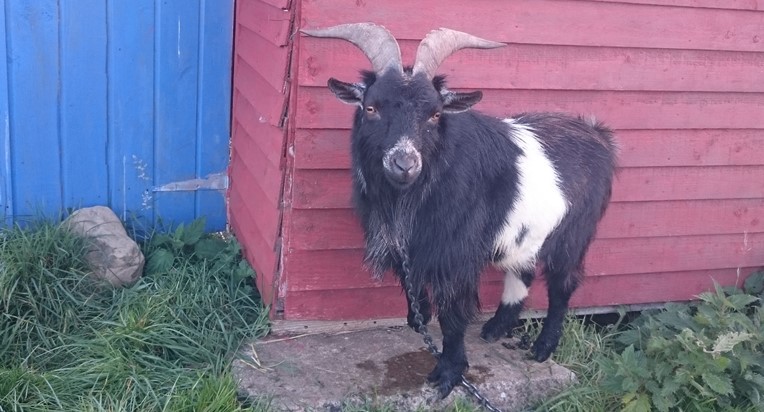 Still wearing the chains of his incarceration, and he was lice ridden, terrified and in severe pain from a badly dislocated shoulder which he sustained several months ago. The prognosis for recovery is poor.

Watching him trying to hobble around on three legs, unable to weight bear at all on his front leg, and hampered by a heavy chain, I look into his beautiful eyes as he tries to comprehend this world and I feel the terrible shame of being human.

We named him Gabriel. He was rescued on the Catholic Feast Day of St Gabriel the Archangel. Gabriel is a powerful name that occurs in many religions including Islam, and Judaism, and Baha’i, signifying someone who has an important message for us. Religious belief is not necessary to know that the other animals we share this planet with have much to teach us. There may be no angels, but the animals we routinely torture are angel-like: gentle, benevolent, protective, and sincere. It is my experience in knowing them at Eden that they have immense wisdom and I am humbled to learn from them. 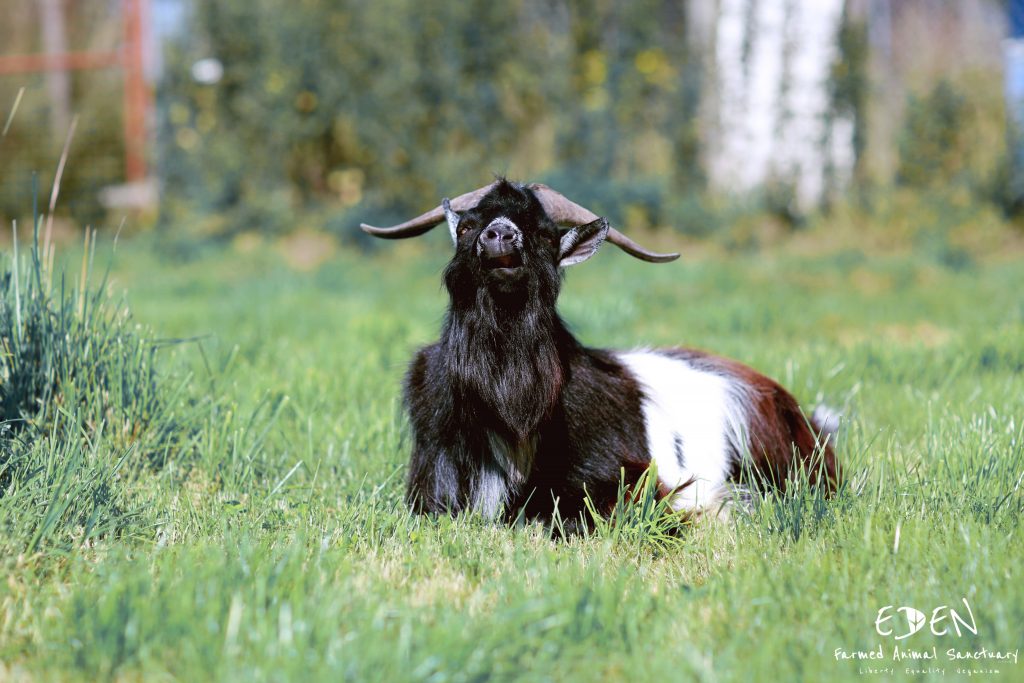 If there is a message from the horror of Gabriel’s past it is that we live in a terrible world that needs to change at its roots. No one is worth more or less than another. No one’s purpose in life is to be used. No one is the property of another except by abuse of power.

It is easy to blame callous 12 year olds who are themselves victims. It is easy to blame the adults who purchased their quad bikes used as murder weapons or the dealers who supply the animal victims. It is true that no one but the most highly desensitised would chase and torture someone as small, defenceless, innocent and injured as Gabriel. Terrible as their crime is, it is not worse than the crime of standard farming practice that mutilates new born chickens and pigs, grinds alive male chicks, takes new born calves, goats and sheep from their mothers, and eventually herds each and every innocent one of them, using electroshock, to their gruesome slaughter. When we eat meat, dairy and eggs, we are responsible for this torture and we cannot afford to cast stones against those who run The Killing Fields. Everyone we use and eat is another Gabriel. They all come from The Killing Fields and we are their torturers.